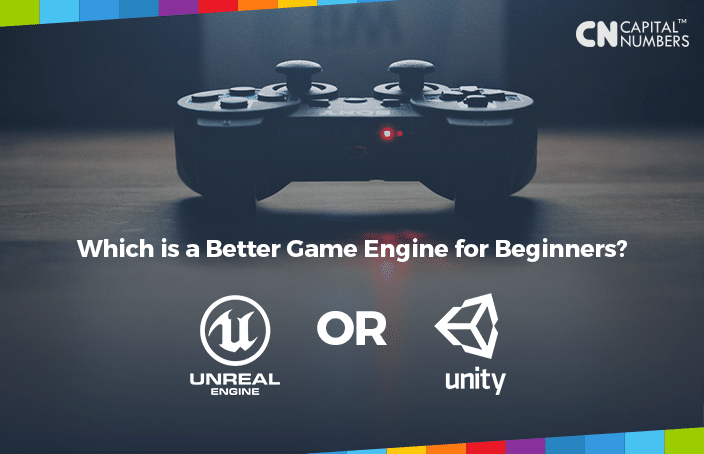 Which Is A Better Game Engine for Beginners? Unity 3D or Unreal Engine

Major game development studios typically prefer to develop their games using self-designed game engines. However, even with the number of major game development firms in the market continuing to increase, the scope of Indie developers is projected to skyrocket in the near future. Although a majority of games for all platforms are developed by studio giants, there are several heavily downloaded and critically acclaimed games that are developed using Indie game engines.

Perhaps the two most profitable and heavily used game development engines are the Unity 3D engine and the Unreal engine. Both the Unity and Unreal engines have been developed keeping the novice developers in mind. They are both hassle-free and easy to use. To understand which is best for a novice developer, you must first understand the features and advantages of each of these game engines.

Unity 3d is a powerful and comprehensive cross platform 3D engine which is used to develop games on multiple platforms. It’s easy enough for a novice to understand and still offers all the complete features that a seasoned professional might need. It was developed by Unity technologies, with the first version releasing almost eleven years ago.

Unity is more suitable for programmers as it boasts a real-time code refreshing system. It also has a great prefab system. Unity scripting can be done using either C# or JavaScript. Dragging and dropping a script is possible and makes programming faster.

Overview of the Unreal game engine

The Unreal game engine is a world class toolset made for anyone working with real-time technology. Its accessible workflow empowers developers with the freedom to quickly transform their ideas and get immediate results. No advanced knowledge of programming is required. The full source code access allows for modification and extension of existing engine features.

The Unreal game engine is favored by artists, as it puts a greater emphasis on the quality of graphics. It has a competent Blue Print visual scripting system which is easy to grasp and operate.

Both Unity 3d and the Unreal engine are the foremost game development platforms available. It depends on the programmer’s knowledge and skillset to help evaluate and determine which one is better for them.

Ease of Use: Unity is the choice when it comes to usability and development. As it uses C# language, any developer with prior knowledge and a good grasp of the language can easily develop games.

The Unreal game engine is a bit more complex in this aspect. Although the User interface of the latest edition of the platform was built to be easier and more comparable with that of Unity, it’s still a bit difficult to grasp and become familiarized with.

Graphics: Initially, the Unity engine did not have such a high standard of graphical output as compared to the Unreal engine. However, the later versions offer static batching, physically-based shading, shuriken particle system, low-level rendering access, and many other features that ensure high-quality game development.

Initially, the Unreal Engine was the leader in graphics, as it was designed to develop games for the next-gen game engine. It included deferred shading, lit translucency, and post-processing, features that insure developers achieve the desired level of graphics. It also has a particle simulation which utilises vector fields.

Free tools: The Unity Engine offers several advanced tools that are not restricted to the pro version. Users can access these tools using the free version as well.

The Unreal Engine has a comparatively less collection of tools and add-ons as compared to the Unity engine.

Whether to use the Unity 3d or Unreal Engine really depends on the developer. There are many factors that make both engines advantageous to beginners, but Unity 3D’s extensive asset store is truly more beneficial for them. However, the Unreal engine’s source code access is preferred by a lot of developers as well. All of that said, it should be noted that both engines are always evolving and changing, and at a rapid pace.  This can make it difficult to accurately say which one is better.