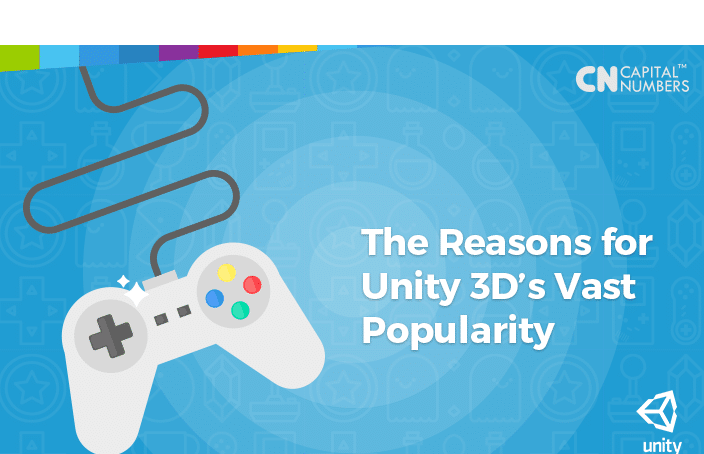 Unity 3D is a popular game engine and integrated development environment used for creating interactive media like video games. It gained fame because of its fast prototyping ability and numerous publishing targets. Launched on June 6th, 2005, Unity (1.0.0) was the first installment in the Unity catalog created by David Helgason, Joachim Ante and Nicholas Francis in Denmark. Originally intended for sole Mac OS X use, the latest versions are supported on both Windows and MAC OS X, as well as offering at least twelve target platform options.


The first version of Unity only supported Mac OS X, but with the casual gaming scene about to explode, the need for the Unity engine game development arose. Both browser support and Windows compatibility were added to its features. Unity 3D brought hardware accelerated 3D graphics to the browser gaming industry, replacing the clunky, vector-based system of Adobe’s Flash. With the release of version 1.1, support for external C/C++ plug-ins was added. With the latest version of Unity, version 5.6.1, they have pushed the boundaries of interactive game development even further. Its popularity is not due to hype created by good marketing, but because it is user-friendly along with some other simple, pragmatic reasons. It facilitates agile game creation which allows for continuous releases and quick prototype testing.

Why Unity 3D is a Cut Above the Rest

Unity 3D has taken the world of video game development to new heights in developing and producing games over the years. As it stands, Unity 3D is the number one choice for both independent developers, as well as development studios, because of its flexibility, versatility and ease of access.

The Extent of Unity 3D in the Industry

Unity 3D has a comparatively large fan base as compared to its peers. This is due to many large corporate, as well as Indie developers, choosing Unity for their game engine development. However, it is not only used by game development studios. There are companies using Unity for research, simulation and/or demonstrations. The Unity Game Gallery provides an insight into some of the amazing games that have been developed with Unity. With several games of varied nature in its catalogue, it stands testimony to the versatility and power of the game engine.

The Unity 3D game engine provides us with an incredibly powerful and versatile tool for project development. “Subway Surfers” and “Temple Run” are both popular mobile games that have been developed using this engine. What puts it in a class of its own is the striking array of outstanding features like the visual editor, full and robust scripting, multi platform build support and the Mecanim animation system. Unity’s simple interface, a friendly development environment and cross platform framework support, all contribute to its prolonged success in the industry.