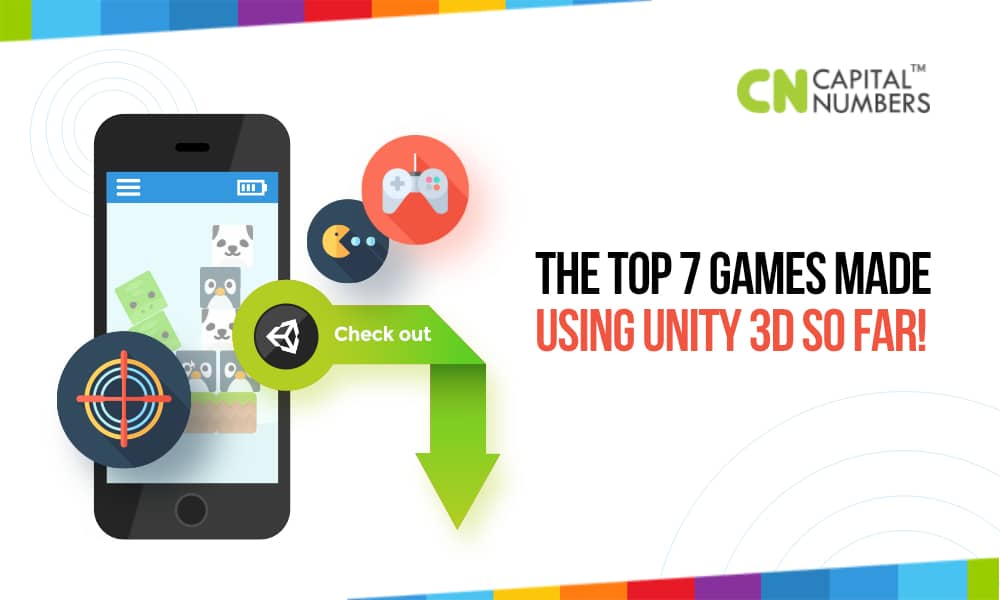 Check Out: The Top 7 Games Made Using Unity 3D So Far!

Unity is considered to be one of the best ways to develop games by game developers all over the world. Not only is it easy to use for the game developers, but players also find the game developed by the unity engine great to play. From graphics to game UI, everything is leading edge when developed using Unity. Unity 3D is the ultimate game development engine that is capable of building high-quality 2D and 3D games.  It leads the industry in multi-platform support. In recent years, many popular games have been developed using the Unity engine. Multiple surveys show that players love to play the games made with Unity and games that are developed using Unity are the most played. Although there are many Unity games that are popular in their own right, here are the 7 most popular games made using the Unity platform.

Pokémon GO needs no introduction as this game took over the world soon after its release. This free to play a game was released for both iOS and Android devices and was the result of a collaboration between Niantic and Nintendo. We know that Nintendo never jokes around when it comes to games. Initially released in selected countries, but its popularity resulted in its release all over the world. This game quickly became the most profitable and most used game of 2016 which says it all. For this game, you have to do what the lead character from the Pokémon series does. You l have to catch Pokémons which are hidden in different parts of your city or locations you travel to using different items like Poké balls, eggs, potions, and berries. You get to create your avatar and then use the map for gameplay.

Release: The game was soft launched in 2014 as a free game in App stores of Australia and New Zealand. This game was then released worldwide for iOS platforms on the 25th of  February, 2016 and the Android version was released on the 18th of May, 2016.

The game’s setting takes place in the Italian Renaissance. The game features locations like Monteriggioni, Roman Colosseum, and Firenze. The Forli chapter of the game was released as a separate DLC on the 18th of May, 2016. Assassin’s Creed: Identity is similar to the original Assassin’s Creed in terms of gameplay. The player can perform parkour with the virtual character. The assassin runs towards the walls, objects, and hills and climbs up if they are climbable. Players can use leap of faith and the iconic Eagle vision that is provided to them during missions. The player can combat, attack, use skills, block the attack or exit the fight. Players can also summon hirelings depending on their class, skill or upgrade. There are several missions that keep the players captivated.

First, only the Android version of this game was developed using Unity. Unity was then used to develop all the sequels and spin-off versions of the game across all platforms. A set of three games was made for mobile platforms, Android, Windows, and iOS. The theme of the game is running and the player has to run away from multiple things. The story of the game is simple. The player has stolen a treasure from a temple and is chased by a demonic monkey. The player must escape from the monkey. The endless game became an instant hit after its release in 2011. The game was released for different platforms on different dates.

Battlestar Galactica Online, loosely based on the 2004 television series Battlestar Galactica, is a “massively multiplayer online” game (MMO) that is browser-based. The game surpassed two million registered users within three months of its release.

Battlestar Galactica Online is set in space and the player has the role of a pilot in the Battlestar Galactica universe. It is a fight combat game with many stationary features like platforms and outposts that can be targeted. The player does not win the game – rather, they achieve success through individual victories, leveling up and leader board. When a player is registering himself or herself, they can either choose to be on the Colonial (human) or Cylon side. They are locked in that side after registration.  A player first has to play the standard tutorial version of the game during which the plot is shown. After the tutorial version, the player enters the real battle space.

This game was first made available publicly as a digital download on June 24, 2011. It was officially released out of beta on April 27, 2015. The game became popular with notable people and agencies in the space industry, including NASA and Elon Musk of Space X, taking interest in the game.

The players direct a nascent space program in the game.  The staff and crew consist of humanoid aliens known as “Kerbals”. The unique feature of the game is a very realistic orbital physics engine which allows the player to make various real-life orbital maneuvers. The maneuvers, like Bi-elliptic transfer orbits and Hohmann transfer orbits, attract the players.

Set in 2027, this game’s plot revolves around the playable main character Ben Saxon who is a former British soldier. He has become an augmented mercenary for a private military company, Belltower Associates.  It’s cyberpunk theme was well received by players.

Satellite is set in the fictional city which is referred to as “The City”. A corporation named Draconic has risen after releasing a prototype named Resurrection-Tech to achieve this. This prototype is released for immortality, but Draconic soon defies its purpose and gets involved in bribing politicians with immortality and corporate crime to gain full control of the city. The City’s Police Force is controlled by a corporation that leads to civil unrest. This leads to the rise of a rival corporation and launches attacks against Draconic. As a player, you are the one who controls the rival corporation.