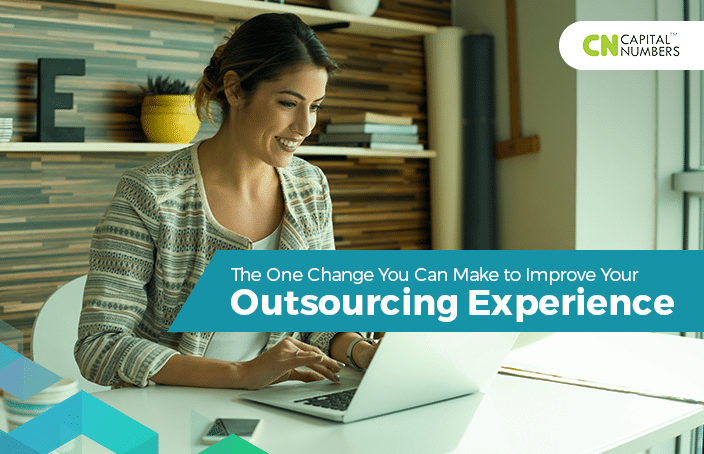 The One Change You Can Make to Improve Your Outsourcing Experience

Hey, I want to say something:

Thank you. I appreciate you reading this blog and taking the time to ask questions or comment. Knowing that I’ve helped people gives me a reason to do it all over again.

Now, I didn’t want to leave you all hanging, so this is my follow up to my last post.

Remember, I mentioned in the last blog post that I built my company using outsourcing. We offer high-quality remote team building services to clients, on a global scale. It’s been 15 years and counting…and we’re constantly growing.


So when I say that

…you know that I’m not just feeding you an uninformed opinion.

Outsourcing can be a good financial decision. But testing the results will drop your productivity, frustrate you, and lead to “testing stress,” and long, sleepless nights.

(If you haven’t had a chance to read that last post yet, read it first over here.)

Taking on the responsibility of testing everything yourself means

…and no one else can do this for you.

Unfortunately, this responsibility turns into a terrible two-step cycle that frustrates and irritates most people. Especially when there seems to be no end in sight.

Let me tell you a secret:

You can end testing stress, break out of the vicious cycle, and still make good financial decisions.

But it has to be your choice.

I can’t make this choice for you (nobody can, such is the life of an entrepreneur)…

But I will say this: hiring a professional tester can be a GREAT decision.

A lot of people we work with say they started testing on their own to save money in the short term. But in the last blog post, we found that developers are best used to focus on development, not on testing. That’s inefficient.

Testers are still cheaper than programmers. A lot cheaper. And if you don’t hire testers, you’re going to be locked in a long testing cycle with your developer.

Isn’t it just a good decision to have an efficient professional tester test your project, rather than an expensive developer?

The Problem With Our Industry

The problem in our industry is this: the more time you spend testing everything, the smaller your eventual returns are going to be.

You and I both know that while you spend all that time testing, you could be doing something much more important. Testing isn’t really that rewarding…and the time you spend doing it is distracting you from work that might offer a better ROI.

If you could be 100% certain that you would catch everything by looking it over yourself, and you were confident that you could be completely thorough, then maybe doing it yourself would be the best option.

But the fact is, as work piles up and the hours get longer, you’ll lose the ability to catch every error. The more work comes your way, the more you have to deal with it in a quick and efficient manner — and by doing this, you risk slowing down the entire process.

But that isn’t your fault. You and I aren’t superhuman… we have certain limitations (no matter how hard we might try to be a “superboss”). After all, that’s one of the reasons we outsource work in the first place. It’s a cost-efficient and reasonable way to get more done for less.

Now — you’re an adult, so even I, with my 15+ years in the industry, can’t tell you how run your business.

It’s completely up to you.

But if a client was to pay me for a consultation, and ask me where they were going wrong, and told me they weren’t getting professional testing done…

It will be the single most rewarding, time-freeing, and profitable change you can make. It really isn’t that expensive — if you can pay for development, you can pay for testing.

“But Mukul, I thought the developer should be testing?? That’s what I’m paying for!”

Well, yes. And the developer is testing. But…

And you won’t know any of this if you don’t test after development.

And if you’re doing all the testing yourself…

You struggle through the long nights and endless testing cycles.

You deal with the stress, the uncertainty, and the fear…masquerading as perfectionism.

Again, you don’t have to do anything I tell you. You’re your own person.

But if you were paying me for my advice, I would say get a professional tester. Say goodbye to all the stress and uncertainty and sleepless nights, and enjoy higher ROI.

Think about it this way:

If you offshore your testing, the time difference works in your favor.

Instead of staying up till 4 am testing, you can go to bed at a normal time. Your tester will be working for you.

When you wake up, you’ll have your deliverable finished and returned to you — before you’ve even had your morning cup of coffee.

You could have it launched and making you money. Whereas, if you didn’t use professional testers, you’d still be stuck in the cycle.

Imagine what that could do for you.

Now, I want you to get a lot of value out of these posts. So comment below and tell me what you liked or what you didn’t like, or whether or not this helped you.

It helped? Share it on social media, especially if you think your friends or followers need to see it.

It didn’t help? Let us know what you want to see more of.

And as always, keep an eye out for new content.