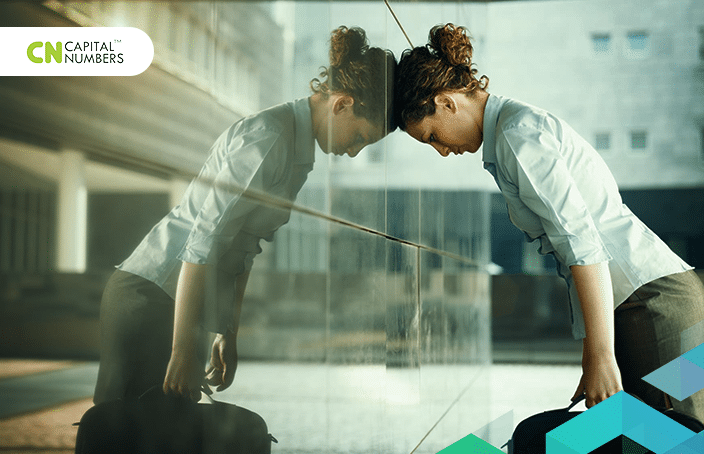 It’s cost-efficient. It’s a great way for entrepreneurs, startups, and small businesses to get the required talent.

To be more specific, it sucks away your time, your money, your energy, and your sense of freedom.


What Outsourcing Taught Me

First, I don’t think I’m exaggerating when I say this:

I know the ins and outs of outsourcing more than most people in the industry.

After all, I did build a 300+ employee company from the ground up—using outsourced talent. I’ve worked on hundreds of website and app development projects. I’ve spent a huge amount of time flying around the world, meeting clients, and listening to their concerns and complaints.

Now, my company provides as a remote development teams for clients in Europe, America, and Australia.

For the CEOS, startups, small businesses, and solopreneurs who all need work outsourced, we provide tech talent, executive services, and creative work. We get good reviews. In fact, our model has been so successful that we recently just expanded.

And we do this by supplying outsourced talent.

I’m not saying that to brag or anything.

I’m saying it to let you know that when I say “Outsourcing sucks,” it’s coming from someone who’s been there, done that, and lived to tell the tale.

But it isn’t fun.

And when I say it isn’t fun, I’m understating it drastically.

Here are the facts:

Then there are silly detail mistakes that you shouldn’t have to deal with.

You want a luxury entrepreneur lifestyle? You want to build up a series of businesses worth millions? Well you can do it with outsourcing…but it isn’t going to be pretty.

It’s going to be a long process of double-checking work, stressing over deadlines, fixing errors that should never have been made in the first place, and losing sleep over things outside of your control.

Does that scare you off the idea entirely?

I don’t think so.

You’re still with me, which means that something about the idea appeals to you. Good!

The fact is, you can save time, and usually money outsourcing.

But here’s what most people don’t understand:

Testing is an integral part of outsourcing, and you cancel out the time and money saved by outsourcing in the effort you spend testing.

Let me tell you a few things I’ve learned over the last 15 years by working closely with developers.

You and Your Developer Are Not On The Same Page

The developer mindset is “How can I make this work?” But when you’re reviewing and testing, your mindset should be, “How do I break this?” these are different and conflicting mindsets. You won’t be thinking in a similar manner. That’s a miscommunication disaster waiting to happen.

The developer knows how their code works. So it’s hard for them to look at it with “fresh eyes,” and they will fall into the habit of testing their code according to this knowledge. It’s difficult for developers to remove themselves from a mindset of “how it works” as opposed to “how it should work.”

The Sum Might Be Broken By the Individual Parts

As someone with a top-level view of the project, you’re aware of the how the entire system is supposed to work. But you developers only knows how their individual piece work. So when developers write a piece of code, it might work fine by itself, but it could break other functionality that they didn’t know about.

Even Clear Communication Can be Misinterpreted

Requirements and documentation are not perfect, and often implementation is a result of the interpretation of requirements by a developer. When testing is done by a separate individual, they also provide their own interpretation of requirements and test accordingly. Plus, the developer doesn’t have as much experience than the client regarding their business. He will never know all the quirks, all the processes as good as you.

Some Variables are Outside of Your Control

Many developers are well trained in their craft. But development can be subject to conditions outside your control. Your organization might have a different standard that they are not aware of. For example, most users of your product may be doctors who require Internet Explorer to be installed at their clinic— but the developer is working on Chrome. Such small details may seem trivial but they can take time and another cycle of testing to fix.

It has to be said — this is something we see time and time again. Very rarely do we see a client allocate time for testing. Sure, a developer is supposed to turn the code in as soon as he or she is done with it. But the process doesn’t end there! You need to plan for at least two rounds of testing and adjust your launch dates accordingly. If that sounds like common sense to you, then you might be surprised to find how many of our clients have no idea that this is what they need to do.

Now, I don’t want to imply that a good developer won’t test or shouldn’t test — quite the opposite. Developers MUST test. But so should you.Only once you get the finished product can you really start testing it as a complete project.

The bottom line is this:

If you do find issues, that’s a good thing. It means that you are doing your job correctly.

Unfortunately, it’s hard to not get frustrated about this. You spent the money on the product. You spent the time planning, designing, and executing it. Once you send it to development, it should just be done! Right?!

As we just saw, getting your product back from development is only half the battle.

Chances are, if you’re reading this, you are not a professional tester.

That’s okay — you have enough on your plate already.

Still, testing is draining your time and your ROI, for all the reasons outlined above.

Let me lay out a few questions my clients usually have, and how I answer them.

My budget is super tight. Can I even afford to have a pro test for me?

Short version: yes! it’s far better, faster, and a better investment to set aside a small portion of the development budget or testing.

As you get caught in a vicious testing loop, the time spent testing drags on and on. And you have to pay your developer for those hours.

Here’s a secret: professional testers are much cheaper than developers.

A better use of your budget would be to set aside a small portion and get everything tested professionally. It’ll save you time that you can leverage into money. All that effort you spend testing could be spent doing something much more profitable. Launching new products, for example.

But instead, you’re caught in a testing loop, wondering when it will end.

And at the end of it all, there’s the risk of launching an unfinished product and getting poor reviews on launch.

Wait, I thought the developer should be testing everything?

Yes, the developer should be testing — but it’s a novice mistake to assume that the developer will catch everything. In a perfect world, that would be the case.

But if you want your product to be clean and perfect, you need to do it yourself or have it done professionally. The developer simply isn’t in the right mindset to give you the kind of flawless product that a professional tester can.

But it can suck a lot less if you take advantage of professional testing services, instead of taking on all the testing burden yourself.

Just set aside a small portion of the budget to devote to testing. You’ll see a better ROI, better peace of mind, and probably a better product overall.

We’ll have more on this in the next blog post.