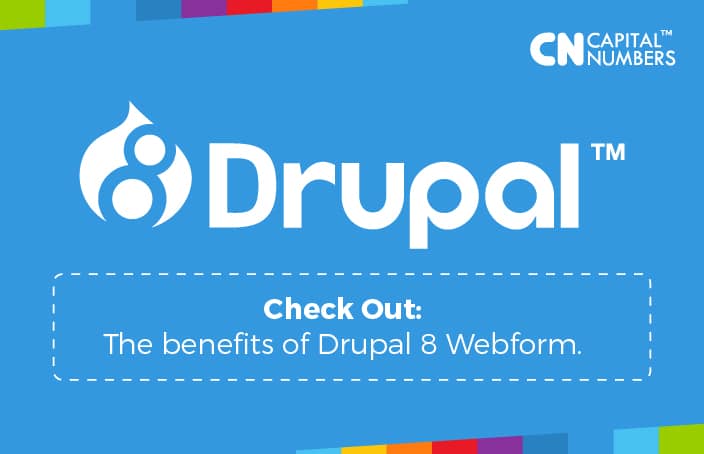 Check Out: The Benefits of Drupal 8 Webform

From the time the beta version came out, Drupal 8 has become more and more popular. You may already know that there are modules that are extremely beneficial in not only optimizing your website but also in satisfying the module needs and requirements of the customer. This write-up will help you to gain a better understanding of the aspects of Drupal 8 module development.  We’ll also cover the useful features of a completely new approach to creating custom forms. Almost every day Drupal’s Webform Module offers new features. The latest major release from the Drupal community offers a range of ways that are really helpful in solving common problems.


What is the main use of Webform?

If you have a Drupal website and want a module to build forms and surveys, then Webform is a perfect module to do that. The best part is that it comes in handy. With this module, you are able to create not only smart and content-rich forms but also maintainable customer facing forms for a Drupal website. Examples of a customized form for end-users may include personalized contact forms or petitions. In order to widen its features, Webform has an extended API. Some of the main functions of this module include:

If you own a website or run a business, then Drupal 8 Webform is perfect for you. Your developers will be happy, as well as be more productive. Also, you will get to see fully integrated forms on your website that not only look good but are also made in a much faster and cost-effective way. In short, you have nothing to worry about if you have Webform. The possibilities are endless when creating rich forms that fully integrate with multiple APIs and systems.

If you are a site builder or a developer, then know that in Drupal, you can build forms and surveys. , You just need to make use of the tools that you feel most comfortable with. Web form found its beginnings in the YAML Form module. The YAML Form module was what developers originally utilized to build forms. This was actually a developer-centric solution. In the UI, website builders can build not only robust but also customizable forms. If you are a developer, you can construct, as well as edit forms directly in the YAML source code. This is really great. There are no other form builders in the market that make it this simple and easy for developers who are experienced to edit as well as create forms so efficiently.

The web form has a code base that is totally new. Looking at its approach to creating forms, when compared with Webform for D7, you will see that there are a number of new features. Such as –

These are some of the compelling reasons why you should switch to Drupal 8 Webform. As of early 2017, more than 7,000 sites are using Webform for Drupal 8. This number is increasing with every passing day. Drupal 8 Webform is exactly what you need for your website.