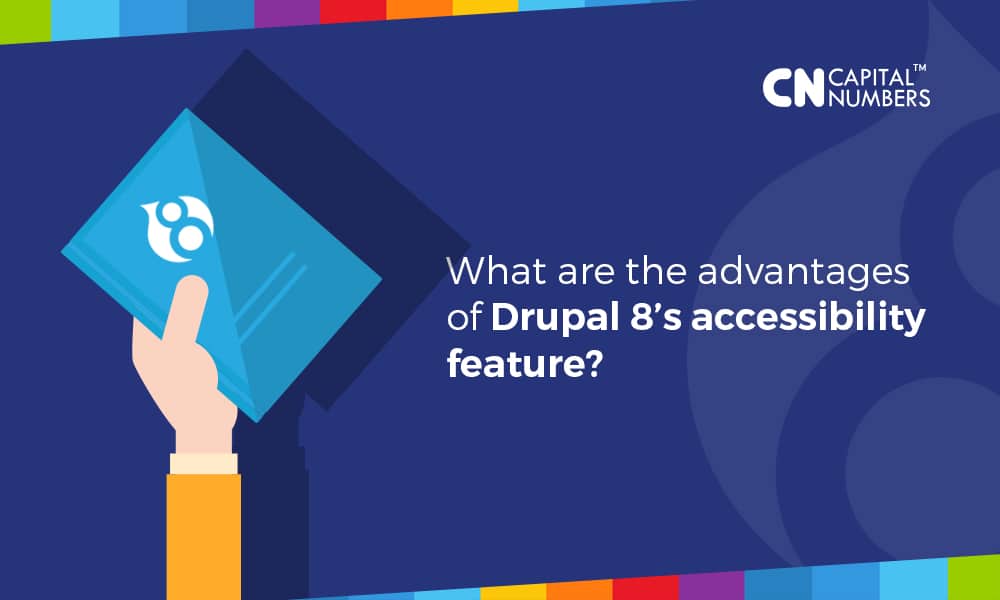 What Are the Advantages of Drupal 8’s Accessibility Feature

Drupal is a Content Management System. This web-based SaaS allows multiple users with various levels of access to manage all types of content. If you are a user, you will be able to create, edit, publish and archive web pages, articles, press releases and blogs. You can also add and edit events in an event calendar, as well as add or edit  inventory. The purpose of a content management system is to provide the ability to systematically organise and manage a company’s web content in one place. Drupal is one such system which is large and open-sourced. One of its most important features is that it is highly accessible to users. The latest version i.e., Drupal 8, has been rendered even more accessible and user friendly than the last version.


Drupal 8 has been in the works for a while, and it’s coming has long been anticipated. This version has many awesome features such as being responsive to mobile devices, built into its core themes. Configuration management, edit-in-place functions, Views and WYSIWYG interfaces have been directly integrated into the core drupal module.

Accessibility, more importantly, “web accessibility,” is defined as the removal of barriers that have been preventing interaction with or access to websites for some of the population – such as people with disabilities. A well designed, edited and developed website provides equal access to all users. An average individual may not immediately realize how important the accessibility feature of a website is, but there are literally millions of potential users out there who have to use assistive technology to gain access when surfing the internet. Being inclusive is a lofty aspiration on the part of the Drupal community. The enhancement in Drupal’s latest version to support these assistive technologies is a giant leap forward in the path to a healthy and progressive inclusivity.

Here are the advantages of Drupal 8’s accessibility features.

They have provided more HTML5 semantic elements in this version. Together with other complementary tools, like WAI-ARIA, they have greatly enhanced the system’s web accessibility. This is a remarkable sign that Drupal has truly evolved.

While accessibility was definitely an issue that was addressed in the previous version i.e., in Drupal 7, some of the necessary technology for this end were not quite ready until Drupal 8 came into being. Much more of the core HTML has now had HTML5 and WAI-ARIA features incorporated.

Images with the “alt” attribute are often used for search engine optimization, but they can and should be used to enhance accessibility features. A visually impaired user, for example, will be able to know what an image is all about with the help of alt text. The advent of Drupal 8 will ensure that websites upload text descriptions for uploaded images.

Links will be underlined by default with Bartik, and not just indicated by a color change. This may seem like a minor change that does not disturb basic HTML design or functionality but is significant and considerate to those who are visually challenged.

Where there are ‘calls to action’ by websites, you will find that very often, these are in the form of anchor texts rather than buttons. Introducing the use of buttons over links is a logical step, even from a semantic standpoint. Drupal 8 has called for this measure. While WAI-ARIA can be useful in identifying the purpose of some elements, this new standard can make do with HTML without becoming heavily dependent on WAI-ARIA.

Errors made while filling up forms will now become easier to identify the user. This is done using the additional feature as an experimental module of the optional core.

This is certainly not an exhaustive list of the advantages of Drupal’s accessibility features in Drupal 8. It does, however, cover the bases with regards to how much more accessible, user-friendly and inclusive in outreach that Drupal has achieved, in its most recent version. Drupal 8 is now much closer to the ideal, which is to render the web accessible to all.