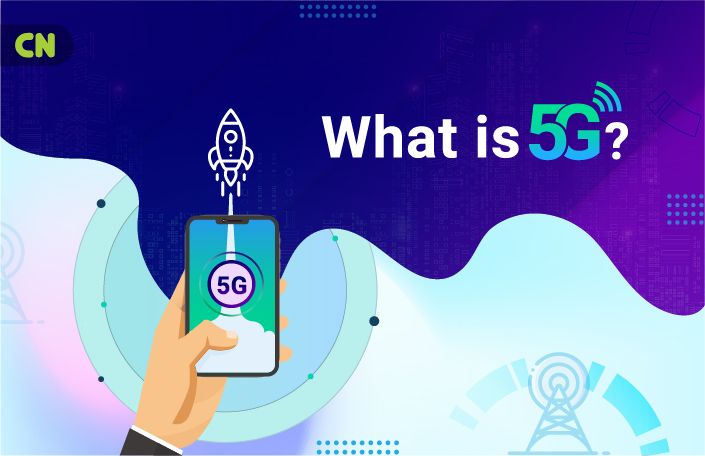 It’s no secret that technology is ever-changing. From devices to software, it seems like something new hits the market on a daily basis. One of the latest advancements that’s been getting a lot of buzz is poised to impact the way the world communicates. What is it? 5G technology.

You’re probably already pretty familiar with 4G, and you might think that it offers pretty impressive speeds. While it may be true that 4G offers fast, reliable connectivity, it pales in comparison to the newest improvement to the wireless system.

Wondering what the 5G network is all about and why it’s getting so much attention? Read on to find out more about the latest technology that is changing the way the global society communicates.

Fifth generation – or 5G – is a cellular network technology that dictates the way how a cellular network works. It comprises how radio frequencies are used, as well as how a great many components of the devices we rely on – antennas and computer chips, for example – use radio signals and share data with each other. It operates on three separate spectrum bands:

This band can be defined as sub 1GHz spectrum, the spectrum band that is currently used by most of the cellular service providers in the United States for the current broadband technology – 4G LTE. Low-band spectrum provides excellent coverage and deep penetration. Despite the benefits of this spectrum band, it provides minimal data speed; 100Mbps being the peak level.

This spectrum band offers fast coverage while providing lower latency levels than low-band spectrum. This band is limited, however, in the fact that it doesn’t have the ability to penetrate as well as low-band spectrum. The peak data speeds on mid-band are about 1Gbps.

Also known as mmWave, this is the spectrum band that most often comes to mind when discussing 5G technology. It’s this spectrum band that makes 5G unlike anything currently in use and so profound. Why? – Because it has the ability to provide peak speeds as high as 10 Gbps PLUS the latency is super low. There is a drawback, though; high-band spectrum offers low coverage and poor penetration.

Many of the cellular service providers utilize the first two types of spectrum bands; low-band and mid-band. T-Mobile, for example, uses low-band spectrum, while Sprint is the largest user of mid-band spectrum wages. What makes 5G so dramatically different is that it uses all three spectrum bands, which is bound to have a massive impact on cellular communication.

The Benefits of the 5G Network

Eventually, 5G will replace, or at the very least, supplement, the current 4G LTE connections that are used by most cellular carriers. This next generation of mobile broadband will have a substantial impact on the way the world interacts with technology; moreover (and even more important) if mobile broadband is going to continue being used, 5G technology is crucial.

In a lot of the big metropolitan regions, capacity for LTE (the most widely used technology) is running low. Mobile users are having problems with LTEs speed; especially during the height of the day. 5G can correct that problem because it offers massive amounts of spectrum in bands that have never before been used for commercial broadband.

How? The standards that govern 5G enable the use of substantially smaller base stations than ever. These base stations are so small that the masts can be situated in areas where they could never be placed before. In metro areas, the potential for placing masts on top of every single lamp post, for example, is very real. In rural areas, these smaller base stations could mean that there will no longer be issues with obtaining permission for new towers.

All of this combined has the potential to offer serious benefits for mobile users; the most notable of which is speed. The current download speeds of the 4G network are about 20Mbps, which provides enough speed to download an HD movie in about 30 minutes. In contrast, it’s predicted that the 5G network will offer download speeds that are between 500 to 1500Mbps faster, which will allow users to download an HD movie in just 25 seconds. That’s pretty impressive.

Faster download speeds aren’t the only benefit that 5G will provide. This network will also reduce signal loss. That’s because a standard 5G cell tower will be able to about 100 times more devices than a 4G cell tower can. As a result, overloading shouldn’t be a problem, which means that calls will virtually never drop.

5G will also help with coverage, thanks to the smaller base stations that were previously mentioned. While the areas that receive coverage and don’t receive coverage will still be a decision that cellular carriers will make, the potential to expand coverage is definitely there.

There’s no doubt that the 5G network will have a dramatic effect on the way people around the globe interact with technology on a daily basis; however, it also has the potential to be used in a myriad of ways that could ultimately change the shape of the entire world.

Some of the potential uses for 5G include:

Because of 5Gs very low latency, the ability to operate heavy machinery via remote control is a very real possibility. This will not only minimize serious hazards, but it will also enable machinery to be used from virtually anywhere; an operator in the US could control machinery in Africa, for example.

Vehicles that are currently being constructed are outfitted with some pretty impressive technology; but, with 5G, that technology will be even more remarkable. That’s because vehicles will actually have the ability to communicate with one another; they’ll be able to offer drivers with information about other vehicles on the road, as well as road conditions. For instance, if a car in the distance stops short, your vehicle could potentially notify you so that you can start braking far in advance, which will reduce the risk of an accident.

5G will also be able to improve safety, overall.

Those are just some of the ways in which 5G technology will change the shape of the world – and our lives – as we know it.