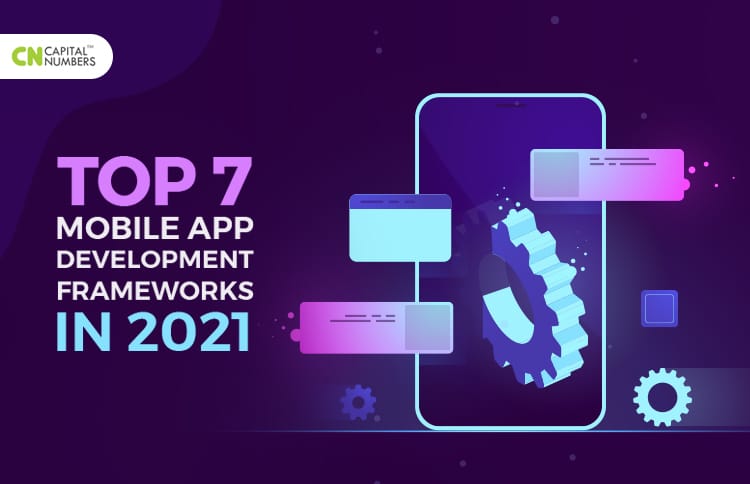 In the first half of 2020, worldwide spending across app stores reached around $50.1 billion. First-time mobile app installs were up 26.1% year over year in 2020, with a whopping 71.5 billion downloads. (Source: Forbes)

Moreover, recent reports indicate that in January 2021, around 96.7% of apps in the Google Play app store were freely available, and 92.7% of iOS apps were free. There have also been predictions that mobile apps will generate over US$ 935 billion in revenues via paid downloads and in-app advertising in 2023. (Source: Statista)

The numbers are not only impressive, but they indicate that mobile apps are no longer a nice-to-have but a must-have. Experts cite that worldwide mobile app spending and installs will witness a significant rise in 2021 too.

In this current climate, businesses must fully leverage best-in-class mobile app development frameworks to tap into unmissable opportunities and succeed in this thriving app economy.

So, we’ve listed down the top 7 mobile app development frameworks that are expected to top the charts in 2021 and beyond.

These are the top 7 frameworks that are likely to take over the mobile applications development market in 2021. These frameworks are the most essential tools that build mobile as well as web applications. Therefore, if you are looking for the right framework to start developing a project in, make sure to choose one after careful consideration. This is because every project has a different requirement, so choose the framework that can help you meet your requirements with ease.