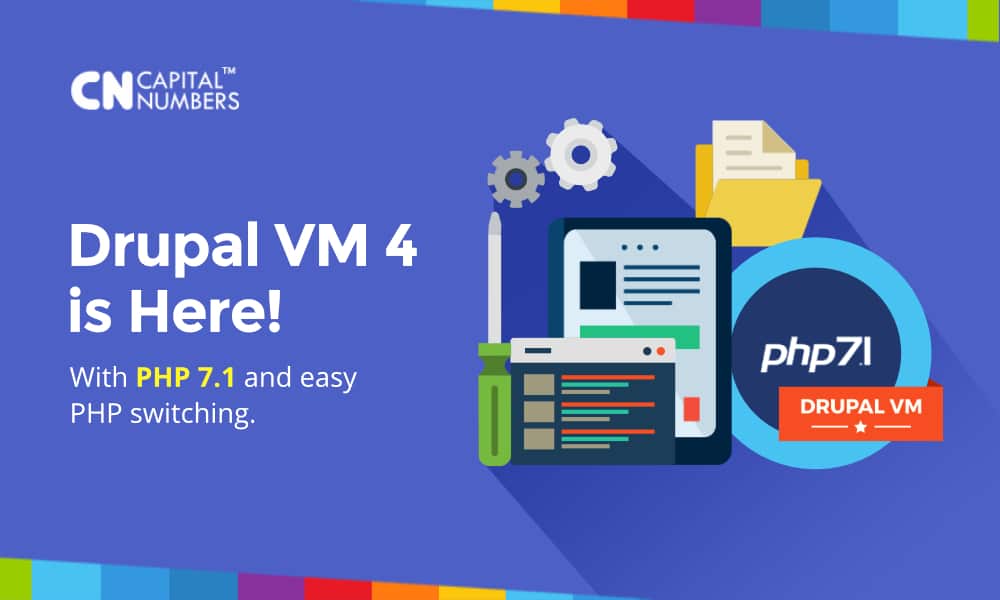 Drupal VM 4 Is Here! With PHP 7.1 And Easy PHP Switching

Drupal is the open-source software popular for use in sites which contain blogs, portals, forums, e-commerce sites, information about individual and corporate entities, intranets, resource directories, social networking sites, etc. Written in  PHP, it is available in a ready-to-use format upon being downloaded. This software supports content management, podcasts, collaborative authoring, image galleries, newsletters and much more. Now, the newest and latest version of it is available on the net, seven whole months after PHP 7.0 and Ubuntu 16.04 were introduced by the VM 3 version of this Drupal software.


Some of you might not be familiar with the concept of the Drupal VM. It is an instrument, or tool, built with the help of Vagrant and Ansible, that helps in the development of  Drupal environments.With the 4th installment in the series the Drupal tool is enhanced in terms of flexibility. You get a plethora of choices to pick from.  A few of the binaries are MySQL or PostgreSQL, Nginx or Apache, Redis or Memcached, and CentOS or Ubuntu.  Also, Drupal VM 4 is empowered with a seamless mode-switching power which allows the web developer to change the PHP mode in a fluid, no-hassle manner. The modes available are 5.6, 7.0 7.1. The best thing is that you can do this without having to recreate the whole development environment.

Here is a comprehensive list of the benefits that Drupal VM 4 would empower you with:

Awesome, isn’t it? And we have the exemplary efforts of Oskar Scholstrom and Thom Toogood to thank for it all!