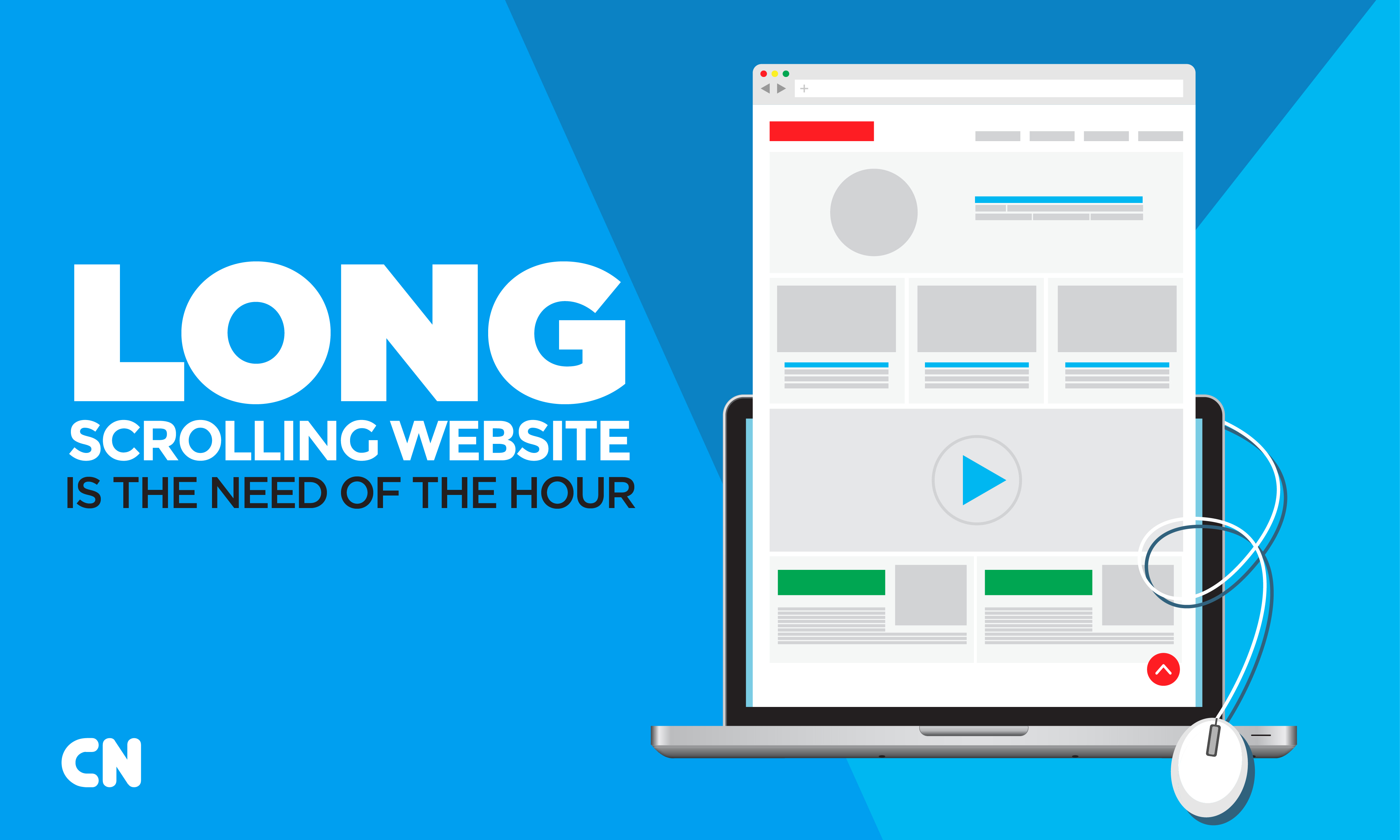 Why You Need to Switch to Long Scrolling Site?

Are you still stuck with “above the fold”? It’s time to move on. With the increasing use of mobile devices, today, single page long scrolling websites are growing more popular. It is easier for an user to scroll on a smaller screen, than navigate to other pages.

Earlier long scrolling sites were considered taboo. From “above the fold” mandate of print industry, it was thought that users hated to scroll. The idea was to offer maximum and most important information on the first screen, and users would merely scroll down to check the rest minutely.

Also, earlier, websites mostly contained text, which was difficult to keep users interested with long scrolling pages. However, this changed fast. With advances in CSS and Javascript single page sites like Twitter and Facebook captured the market and users actually loved scrolling.

Studies show 66 percent of user’s attention on a normal media page was spent “below the fold.” With growing popularity of scrolling sites, it is predicted that long scrolling will be one of the most preferred options for designers by 2016. The popularity of small screen devices like mobile phones and tablets made long scrolling websites more significant. Due to the size of the screens, it became difficult for designers to fit in all the information “above the fold”. So, either a designer had to cut short the information, which was not a possible solution, or had to opt for scrolling. Moreover, users preferred scrolling sites over tapping between pages, due to easy control and accuracy that can be done using fingers.

A great example would be the Apple Watch that depend upon scrolling. It is stated in the Apple Watch Developer Library that: Keep the total number of pages as small as possible to simplify navigation.”

Even if you consider the non-mobile devices like new MacBook’s 12-inch Retina display, you will observe that the screen sizes are becoming smaller. Most users prefer a smaller and lighter device that is easy to carry. Thus long scrolling is taking away the place of older version of multi-page websites. Considering the fact that mobile users have surpassed desktop users, it can be easily concluded that long scrolling sites will grow in popularity to become a timeless technique. With improved load time and functionality of mobile devices, long scroll will evolve into more advanced websites with interaction design. Today parallax scrolling websites are using vivid colors and great visual effects to grab the attention of users for longer time.