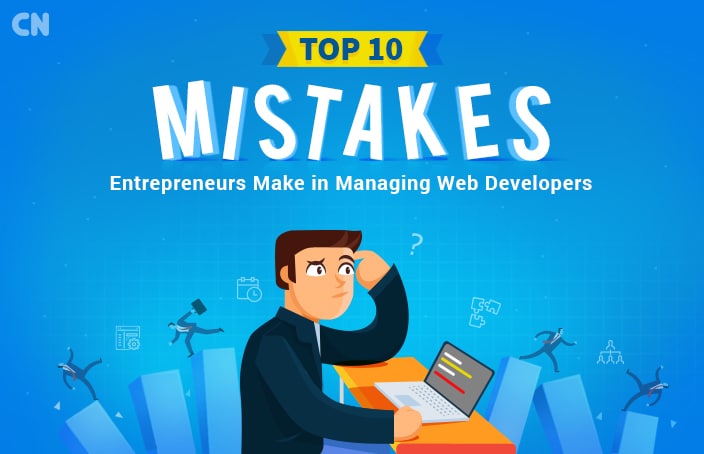 Working with developers? Whether you’re outsourcing or hiring in house, it’s likely that you’re making one or more of these common mistakes in communication and management.

So common are these mistakes, in fact, you might not even know you’re making them. But they will wreck your relationships with your developers, make it harder for work to get done, and destroy any hope of clear communication. Developers are a unique breed, after all. They won’t thrive under the same management style as salespeople, HR, or marketing. These groups simply think and respond differently to leadership, and you’ll have to shift your management style accordingly.


The good news is it’s easy to turn these weaknesses into strengths. Get these taken care of, and you’ll get the most out of your technical talent. They’ll perform better, your communication will be open and clear, and you’ll develop a good working relationship – leading to fewer mistakes, on-time launches, and a more cohesive team.

If that sounds good to you, read more to to learn all of these mistakes and how to avoid them.

Mistake 1: Trying to Micromanage Their Schedule 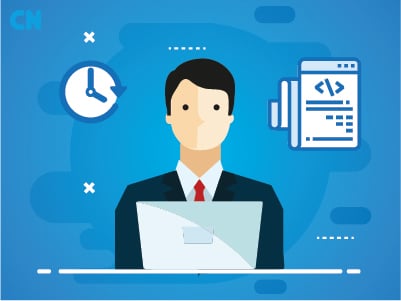 Unlike salespeople, who need to work while prospects are near the phone, creatives and technical talent don’t do their best work under rigid controls. They thrive under looser, more flexible scheduling.

Plus, rigidity generally isn’t necessary for this kind of talent, which generally operates “behind the scenes.” Developers don’t have to abide by office meeting times and scheduling. If they’re comfortable coming in later and staying later, why not let them? If your creative and technical talent have natural productive and undisturbed times, allow them to work during those times. 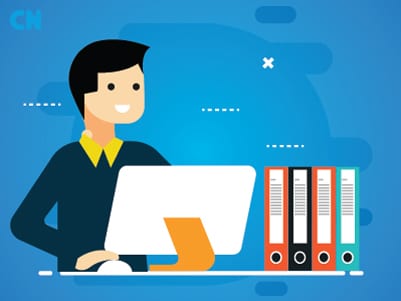 It’s very common for an entrepreneur in the tech space to start off as a developer and make the leap to founder. In that case, it might feel almost impossible to “let go” and allow the developers to do their jobs – especially with the life and productivity of your company on the line. But remember, you hired these developers specifically for their skills. At a certain point, you have to delegate and trust your developers so they can do their best work. Plus, delegation allows you to focus on the bigger picture, manage your teams, make high-level connections, and keep your company on the fast track to high growth. 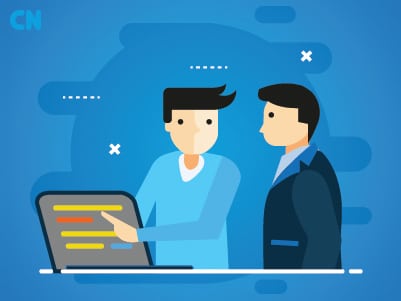 On the other hand, some for non-technical CEOs or other C-level execs might not be involved enough. They have a tendency to consider their developers to be super-wizards who can solve problems on a whim.

Although your developers may certainly be skilled, they can’t always perform miracles. Sometimes, systemic or structural issues require you to solve them before your technical departments can do their work effectively. Striking the right balance between complete hands-off delegation and rigid micromanagement will let you respond to your team’s needs, while at the same time giving them the freedom to create their own solutions. 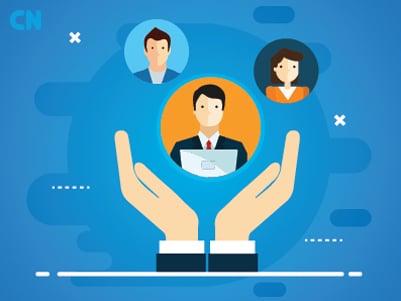 Understanding which of your developers will flourish in the right situations will be crucial to keep your company ticking along like the finely-tuned machine it is.

Doers want to someone else to plan out and strategize everything before they take over and execute on the ideas. The doers generally don’t care to be involved in the creative process; the want to take YOUR idea and make it a reality. Just give them the fully-formed idea and everything they need to make it work, and they’ll deliver stellar results.

On the other hand, creatives enjoy brainstorming, planning, coming up with solutions on the fly. They want to be involved in the high-level creative process and come up with ideas you might not have considered. Involving them early and allowing them some creative room will allow you to get the most out of their talents.

You should have a good feel for your team’s strength before asking them to work with you on any project. You don’t want to give abstract, creative work to a doer, who will be stuck in analysis paralysis before even starting on anything. And you have to keep a close eye on your creatives or else they’ll never finish anything. Knowing their personality and strengths will make the task of delegation a breeze. 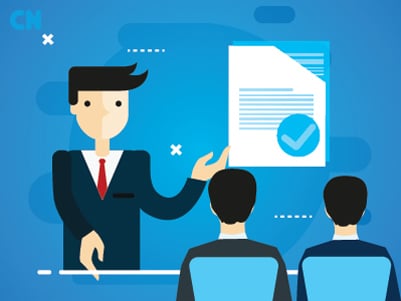 Project requirements cannot be understood in broad terms. They must be as detailed as possible to communicate effectively, limit misunderstandings, and keep your goals clear. You might think that keeping the requirements broad will make you less of a “micromanager,” but developers will actually thrive with a clearer understanding of what you expect from them. They often don’t have the same vision as you, so you need to paint a very detailed picture.

Take the time to brainstorm your own ideas and flesh them out on paper, being as detailed as possible. Then go over it with your development team and make sure they’re on the same page. Don’t assume that software developers will speak up about their misunderstandings or questions. They might be reluctant to talk during team meetings, preferring instead the solitude of their workspace. You must directly ask for feedback, and appreciate it when it comes. 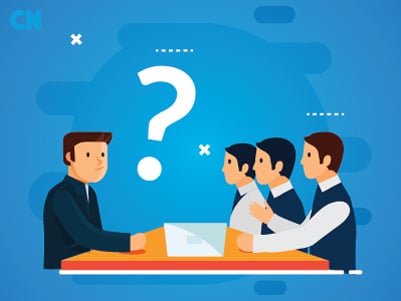 If you want to make your requirements understood in detail, then you need to ask detailed questions. It’s far better to make your developer a little uncomfortable speaking in front of others in order to gain an understanding than it is to find out that a preventable issue has stalled your project in the future.

To start, just ask them for one idea to improve the project every so often. It may be hard for them to come up with something at first, but they’ll soon get onboard with the idea that their input is valuable. 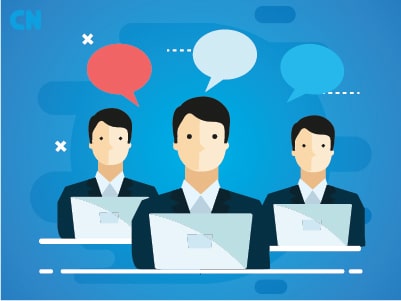 A developer’s focus is among their most precious assets. Clear, distraction-free focus will allow them to their best work. When they get distracted over and over again, their code becomes sloppy and you might need to go back through and invest more time in testing, debugging, and testing again.

Now, you can certainly manage external distractions. Don’t expect developers to respond promptly to emails, for example. Encourage a “closed-door” policy so they can set aside huge chunks of time to do their best work. However, the ultimate burden falls on the developers to keep themselves focused. More than any other employee, a distraction-prone developer is a huge red flag and if you see this, you might consider replacing them.

Creatives and developers usually don’t want to talk to management and would rather just get back to work. Often, they’ll make promises about deadlines and budget constraints that simply aren’t accurate. It’s not that they’re trying to decieve you; it’s that their focus is elsewhere and they have an optimistic view of the project.

The quality of details they use to come up with an estimate is an important factor to consider. For a loosely defined project, you should double the timeline and the budget to get a more accurate number. It may even be better to give your developers a stricter timeline while you privately allow some leeway for the launch, so you aren’t disappointed.

Mistake 9: Not Listening to Technical Expertise 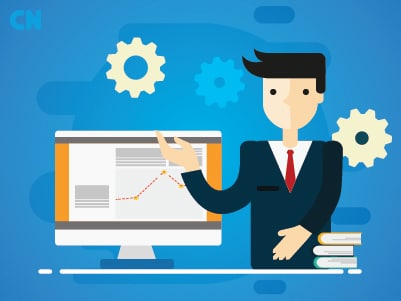 If you aren’t going to listen to your technical talent, why did you hire them? You either aren’t a technical person yourself, so you don’t know enough to write off your developer’s concerns, or you are technical and you know the importance of mid-level or detailed advice. Often, if you come to them and explain a problem clearly, they’ll be able to work out their own solution. 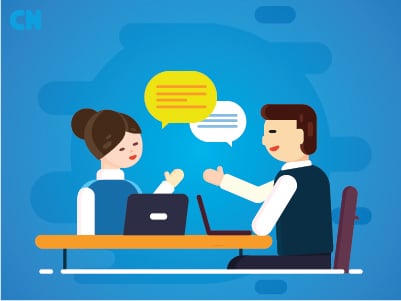 As an entrepreneur, you have lots of ideas. You see opportunities everywhere. You like to make things happen, take risks, and and execute on ideas as soon as you get them. However, you cannot expect your employees, and notably your developers, to have the same mindset.

They can’t read you mind. Obviously, your ideas might be great. But if you don’t communicate them clearly and in full (see above) you can’t expect your developers to share the same vision. You can’t always throw new ideas onto a package or project and expect it to be compatible.

If you have ideas, sit down with your developers and talk them through. This approach will take more of your effort and time, but it’s the only thing that works in the long run. By giving them the high level overview and then talking it through with them down to the detail, you’ll get a better understanding of how it will be fleshed out in the real world.

Your biggest task in managing developers will be in communicating clearly and in detail, treating them as individuals with strengths and weakness, and managing their distractions. It may seem counterintuitive, but the fastest and most effective way to develop these skills is to take your time while communicating and keep your developers in the loop. Do this, and you’ll enjoy a productive, motivated development team that can mostly work on their own and deliver high-quality projects on time.