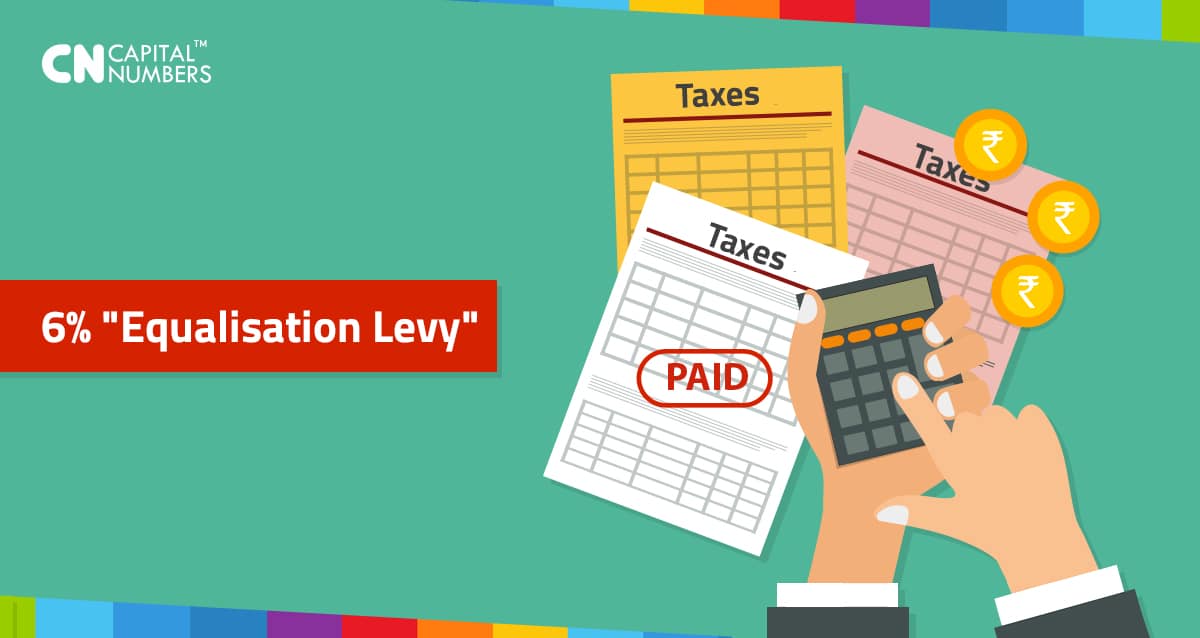 According to a recent proposition by the Indian government, an Equalisation Levy of 6% has come into effect from June 1st. This levy is applicable on services pertaining to cross border digital transactions and only on business to business transactions.

The reason for the government to take such a step is because it wants to make big players like Google and Facebook pay taxes on the income they are supposedly making from the local advertisers. But, there is a catch. Most of the foreign companies do not have a permanent establishment in India. This does not make them liable to pay any tax to the Indian Government. Also, since they are already paying taxes to their local government, they could not be taxed twice.

In the light of this, what the Indian Government has done is that they have levied a tax on the fees that advertisers pay rather than putting a tax directly on digital advertising platforms. This, they have termed as ‘Equalisation Levy’.


As put by the Finance Minister, payments of more than 1 lakh a year for online advertising to foreign companies who are non-residential would attract a levy of 6%. Some of the services that would attract this Equalisation Levy includes online adertising, hosting or maintenance of websites, digital space for website, facility for online sale of goods, online payment collection.

Put in a nut-shell, one has to look forward to the following as per the Equalisation Levy is concerned:

1. This levy will be charged on all payments made towards advertising on Google, Facebook etc or payment made for the purpose of online advertising.

2. As proposed, 6% of the total advertising has to submitted to the government. There will be no underpayment on the invoices raised by Google. You will have to pay 6% over your billed amount to the Govt. Consult your consultant for more details on how to deposit the tax and calculations of the same.

3. Only those accounts where an Indian resident is paying to a foreign entity is liable to pay this levy.

4. Accounts where an Indian advertiser is billed to an Indian entity is already paying 15% service tax and this levy is not applicable on them.