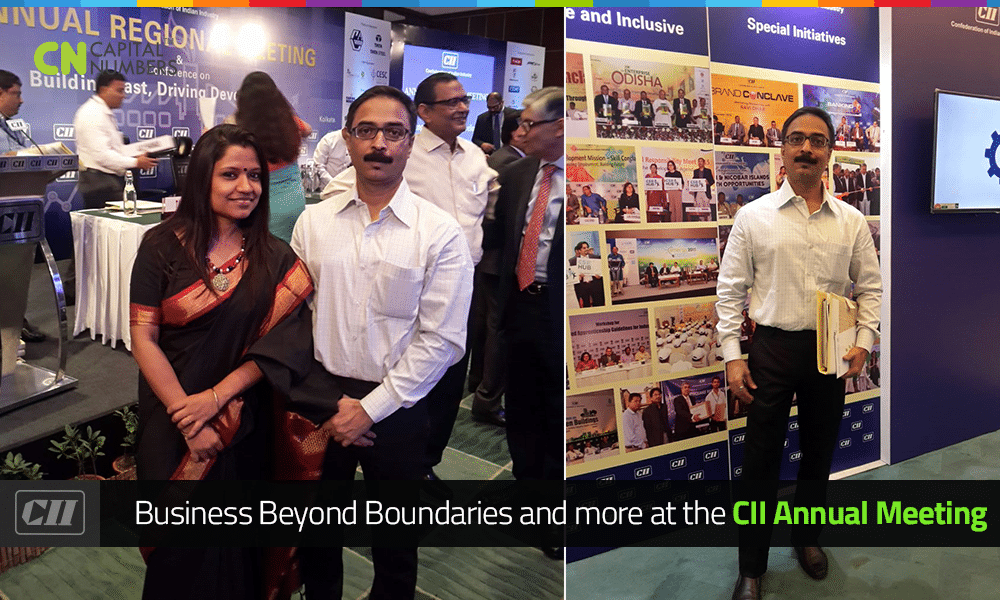 Business Beyond Boundaries and more at the CII Annual Meeting

Eastern India has been historically hailed to be very strongly ingrained with the country’s economic adventures.  In fact as mentioned by economic historian Angus Maddison in his book, The World Economy: A Millennial  Perspective, India  had  the  world’s  largest  economy  till  the  early  17th  century  and  Eastern  India contributed 15% of the world GDP.

But today Eastern India’s contribution if still good is not good enough. It’s 17% despite the demographic dividend, rich mineral reserves, the vast coastline and its close proximity to the East and South East Asian Countries.


Eastern India has a lot of potential to be a headlining writer of India’s growth story. To deliberate on this further the  CII  Eastern  Region organized a conference on  “Building  East:  Driving  Development” coinciding  with  the  Annual  Regional  Meeting  on  17  March  2016  at  Hotel  ITC  Sonar,  Kolkata.

We as an organization connecting Eastern India to the world saw it prudent that we attend the conference to discuss ways of promoting overall development in the region such that the benefits percolate to all sections of the society thereby playing an important role in India’s development story.

Apart from the conference, various other sessions like Good Governance, Taking Business of Entertainment beyond Boundaries etc. were a part of the Annual General Meeting as well. The speakers, some of the most eminent names in this part of the country shared intriguing and unique perspectives.

Some of the notable names at the event were

We were honoured to be a part of such an ambitious confluence, we especially enjoyed soaking in the convergence of like minds from various industries; and we liked explaining our leading-edge service model to transform digital production services and how it can help mobilize industries as a whole.

Capital Numbers’ commitment to leading the profession in digital production and digital marketing was recognized last year by CII with its prestigious “Top 10 Promising Startups”. To know more about it, read here

If you are a business house looking to make your mark in Eastern India, bring us your ideas. We can help you achieve your digital production and marketing goals, talk to us at http://www.capitalnumbers.com/