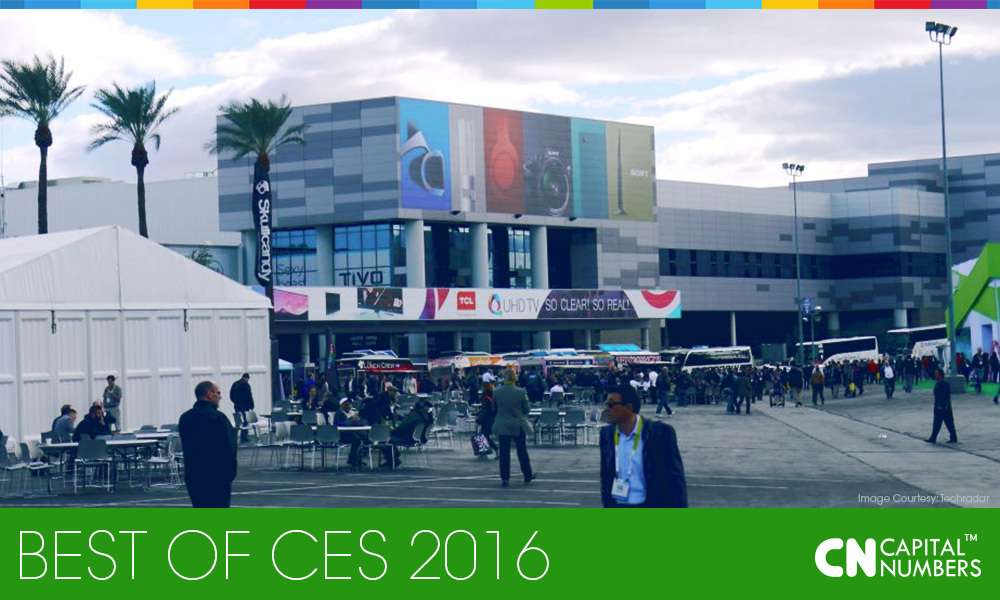 What we consumed best at the Consumer Electronics Show 2016!

We wait for the International CES (Consumer Electronics Show®) with baited breath every year. It’s a huge playground, the best kind. The world’s gathering place for all who thrive on consumer technologies. This year too we couldn’t help but gawk at the new products and technologies.

Most people were of the opinion that CES 2016 was more about making the good better, and that more than breakthrough technologies, most products were more about evolving the tech already in use. But like every year, this year too had some changing trends that could well change the way to imagine our future to be. Here are some of the takeaways:


Virtual Reality is for Real

We have been tip-toeing around the concept of virtual reality for a couple of years now. After the immense build up of it hitting mainstream and changing our lives as we know it, this year finally Facebook-owned Oculus Rift, finally went up for pre-order at CES.

Television makers have been accessed with fitting as many pixels as possible for the past couple of years. We have seen the emergence of resolution, 4K, which is 4 times the full HD 1080p. The pace has slowed just a bit, in an attempt to let 4K hit the mainstream, but that did not stop LG from unveiling its 98 inch 8K TV.  Yes, it’s huge and the resolution is more than brilliant, but we reckon there’s still time for us to get used to the idea of it.

Smart and Electrical Vehicles ran rampant this CES. Two names everyone spoke about were Faraday Future and General Motors. They seem to be standing up to industry pioneer Tesla. FFZERO1 by Faraday Future, a 1,000 horsepower electric car, grabbed eyeballs of many, though many believe that it’s still in its early stages of adapting to the mainstream. General Motors on the other hand unveiled the Chevrolet Bolt, a $30,000 electric vehicle (EV), making it the first affordable electric vehicle.

While we took elephant steps towards flashy future technologies, there was something to cheer about, even for those who moan about the lost art of shooting on films. Kodak brought along a Super 8 film camera that shoots on 8mm film. More interestingly, there were also promises of conversion of footages shot on film to their 4K versions for later playback.

There was some cheer among Vinyl fans as well, Panasonic and Sony showcased direct-drive and belt-driven turntables respectively. Apparently the Sony version even allows songs to be ripped from vinyl to high quality too!

Best of both worlds really, right?

The mobile is your oyster

It’s the decade of the mobile. Mobile is the way to go. We might as well have that tattooed on our foreheads. Like any other CES since the last many years, this year too there was an avalanche of smart phones and wearables, each boasting of futuristic possibilities better than the other. So we are naturally not even trying to round a few off. Just letting you know that these are here to stay.

CES in January every year is our late Christmas Morning. No matter where we are, we try keeping up with whatever is happening on the floor.  We are sure you had your eyes hooked on CES 2016 too, and have your pick of technologies that blew your mind as well. Share them with us in the comments below.