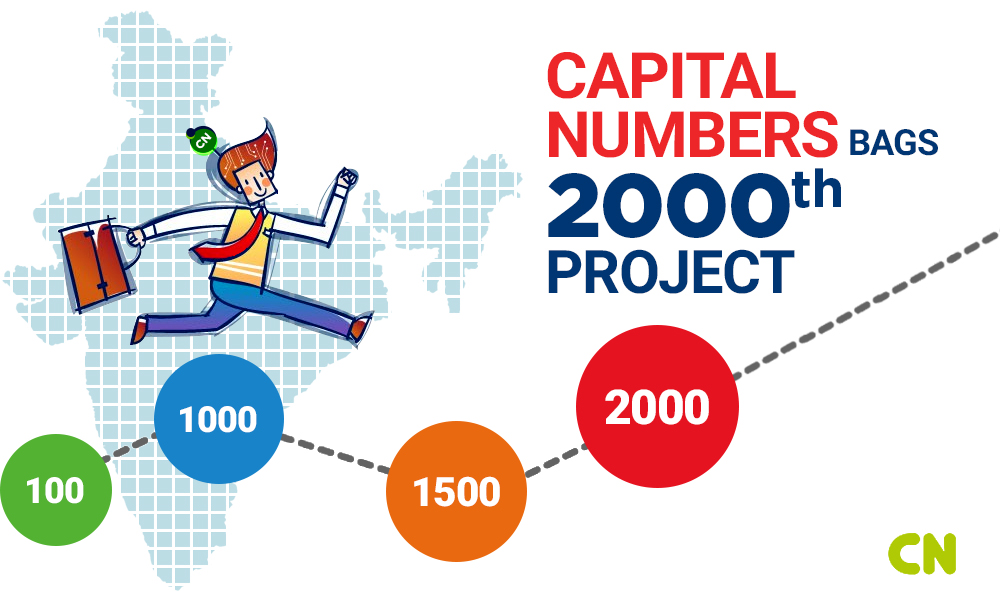 “The newest feather to the hat is the 2000th project”, said a very elated Mukul Gupta, Managing Director Capital Numbers.

The company has shown a phenomenal growth since its inception and especially over the past year bagging its 2000th project in this month.

“Last one year had been super exciting for us”, adds Mukul Gupta. “We started multiple offices in the US and one in Australia, we began a separate division to focus on the Indian market. Our revenue grew by over 100% from INR 6 Crores last year to INR 13 Crores this year.”


Capital Numbers started its operations in 2012 with three members on board. The growth since then had been remarkable with 250+ full-time in-house employees currently working with the company.

Considering its growth, in terms of review, employment generation and client acquisition, Capital Numbers has proved that it is the fastest growing IT start-up of Kolkata.