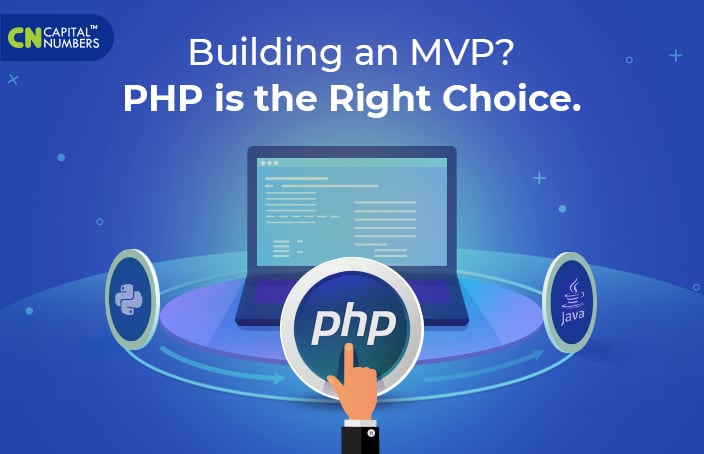 Building an MVP? PHP is the Right Choice.

You Might Want to Build in Enterprise Languages Like Java, But PHP is a Better Option. Here’s Why:

You face a difficult choice.

On the one hand, your MVP should be low-cost and efficient initially, because you’ll have a limited budget. On the other, it actually needs to be viable— so it must be developed enough to solve whatever problem your customers will have.


So, we come to the question: what language should we use to build?

With some questions, the answers aren’t so obvious. It depends on a variety of factors, and it really comes down to personal preference once you get all the facts. However… in this case, there’s one clear answer:

PHP is the perfect MVP language in terms of simplicity and scale. The philosophy behind building an MVP sometimes gets lost in our dreams of future success. But no matter how big you think your might get, focus first on the “minimum” part of “minimum viable product.” This will get you to market as quickly and inexpensively as possible.

Sure, it needs to scale later… but it also has to work right now.

This is where PHP shines. Using a tool like PHP instead of Java will encourage excellent design and architecture, both necessary to manage scaling.

You might think you need to build using the languages you’ll use later, but that line of thought will lead you straight into problems. You’ll eventually rack up lots of costs, release a bloated product, and have difficulty scaling because your foundational development was poor.

Recall that some of the largest companies in the world started with PHP and scaled later because they had good design.

All these companies started off modestly, but grew to such importance they’ve become synonymous with social media, e-commerce, and information. In other words, they grew so large, they fundamentally changed the way we think… and they did it off the back of PHP.

This simple, yet powerful language is often forgotten in the rush to master more exciting languages like Java. But in fact, PHP started with excellent web performance, and it’s only continued to get better.

If e-commerce and CMS giants could use it to power their sites ten years ago, you can use it today for even greater effect.

It seems that increasingly, business owners and entrepreneurs want to skip the work of ensuring a lean and good architecture on the initial build. They assume the right language choice will take care of scaling, but that’s an incorrect and even damaging assumption.

(If you come from a non-technical background, LAMP is an acronym describing your environment: Linux, Apache, MySQL, and of course, the focus of this article — PHP).

I always advise people to start with great architecture. This can, and should, be done with PHP.

A good PHP developer with a good command of the language will be your secret weapon. PHP developers are plentiful and cost-efficient compared to some of their counterparts.

It’s somewhat ironic that PHP developers command a lower price point, yet PHP has only gotten more powerful with each update. PHP 7 is the best yet, and PHP 8 is expected to surpass that. In other words, you’ll be able to stay lean AND effective by selecting the right developer.

So how to pick the right one?

We’ve written extensively about how to pick the right one for your project. The truth is, if you’re not a technical manager or a developer yourself, it will be very hard to distinguish good code from mediocre code.

Side note: You might like your developer because they’re fast, but speed without skill comes with consequences. If you aren’t careful, you’ll be left with unmaintainable bloat and a product which costs a lot and performs poorly. Therefore, don’t shy away from hiring an outside consultant to look over code for you. Moving on…

It might be difficult to get a truly great developer in the west. Top developers often command top prices, and most get snatched up by big companies. These companies will also have the luxury of being able to employ someone fresh out of school and spend a lot of money and time training them quickly. If you’re building an MVP, you don’t have that luxury. You need someone who can do good work with minimum ramp-up time.

If you hire remotely, make sure your developers are all managed vetted, and experienced like those at Capital Numbers. It’s no good getting an inexpensive developer only to find out they can’t do the work. A good outsourcing agency will pair you with a developer or team of developers who best suit your needs.

Finally, demand that your developers have real-world, hands-on experience. They should show you their portfolio of previous projects, and you should ask to see their code.

PHP as a language will probably be as powerful as you need it to be, given that your architecture and design will work. It’s no use hiring expensive developers for very powerful languages when you’re only building an MVP. Focus on keeping lean and remember the foundations of excellent development.
More often than not, you can build with a simple LAMP environment. Do that, and you’ll be well on your way to long-lasting, scalable success.