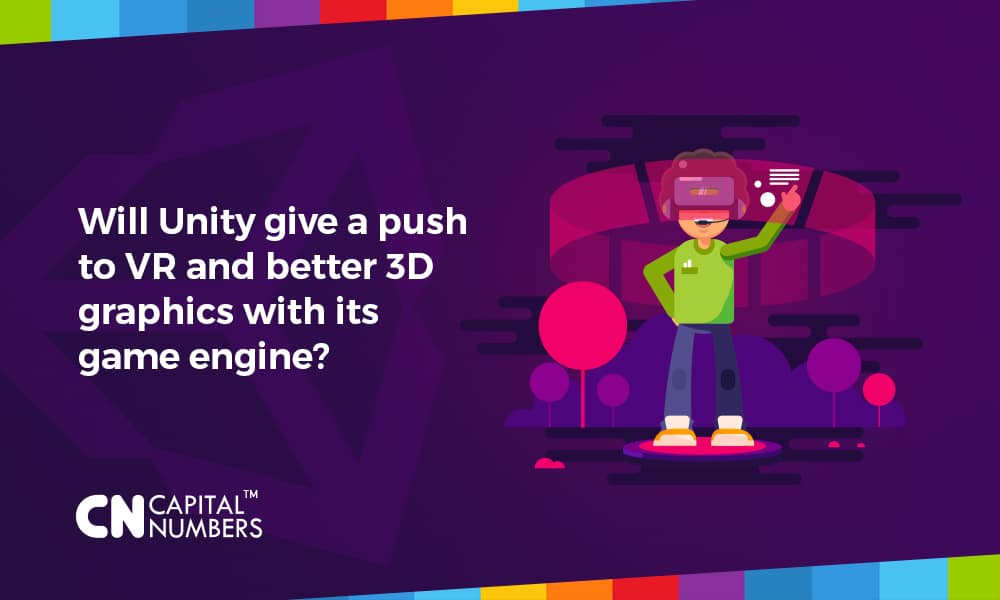 Will Unity Give a Push to VR and Better 3D Graphics With Its Game Engine?

For several years,  game developing companies have been using game engines to bring their games to life,  implementing their ideas into the game. Unity is not an exception. Team unity is always active and uses different types of high-end graphics to develop the latest game engines. According to Clive Downie, the chief marketing officer of Unity, if you are among those who earn less than 100,000 dollars revenue on their unity projects, you are offered unity game engines for free. As the revenue, and therefore needs, of a company increase, the company offers Unity Pro on a fee basis.


The year 2017 is highly important for Virtual Reality. VR game development has become a hot topic, but choosing a VR game development is a difficult task since there are multiple game engines available in the market. Among them, the Unity and the Unreal engine are the two most popular platforms. The question that arises is which one of them is the best for you? Describing the answer in one word is not possible, but it is clear that the votes for the Unity Engine are a little more than the votes for the Unreal Engine. Unity is transforming VR and developing better 3D graphics with its game engine.

Before going on to the advantages of Unity game engines, let’s  find out more about the Unity Engines:

Advantages of the Unity engine:

The Unity engine offers a great deal of support to almost every platform, and approximately 95% of the work is shared between iOS, PC, mobile and web platforms.

The Unity Engine is famous for its incredible graphics feature. With its great material, it supports the latest audio-visual effects. The graphics are highly accessible and the visual can be scaled down easily while maintaining the quality, even on low-level access, and can be optimized with pixel shaders.

Unity is so accessible that any game can be deployed on this engine.

In comparison with the languages of other engines, Unity’s code is very stable and it consists of a good architecture for minimized errors and good performance.

Unity includes IDE, which is considered as the most powerful tool with extraordinary game development features and a user-friendly environment.