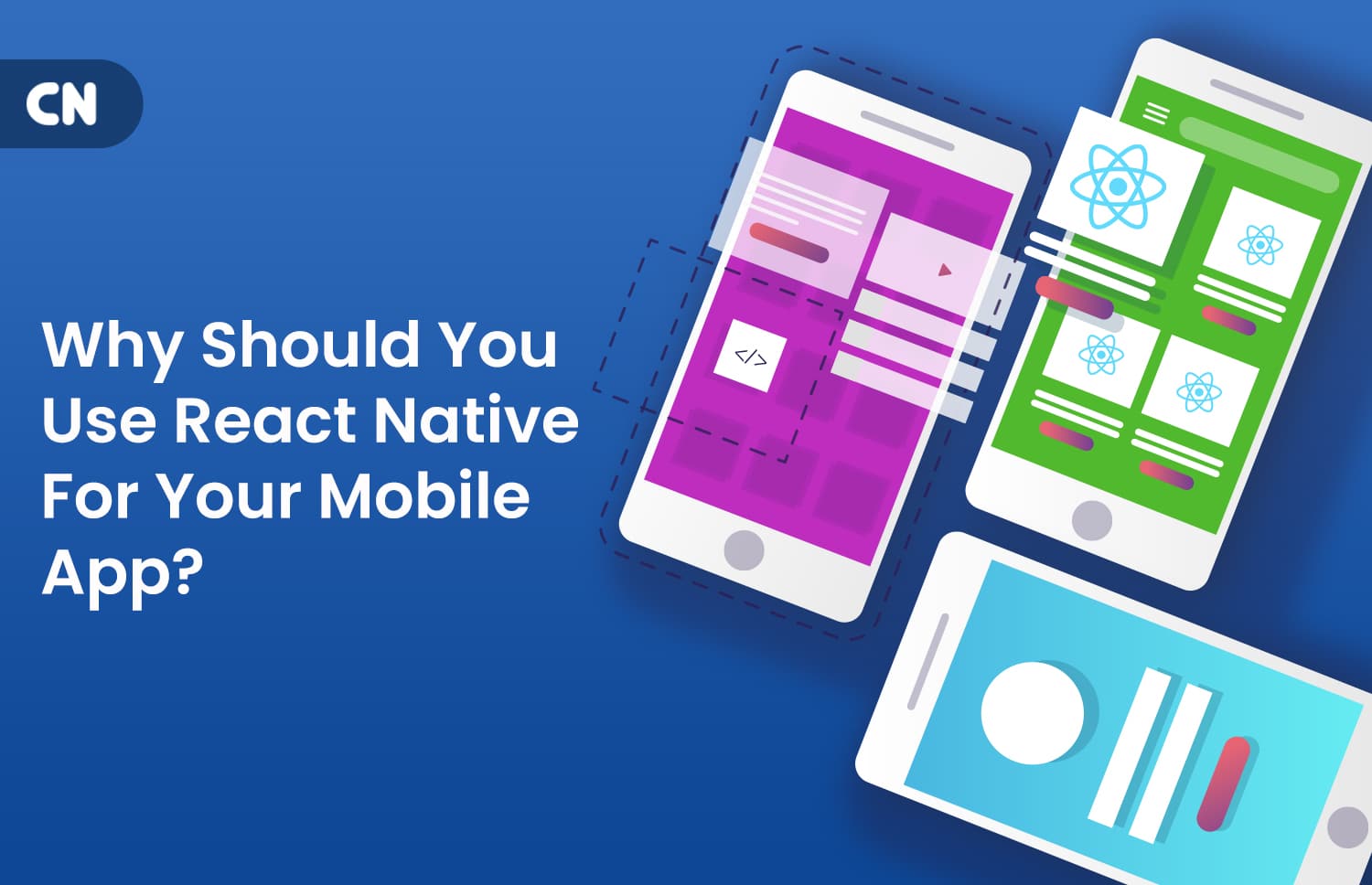 Why Should You Use React Native for your Mobile Apps?

The earnest nuisance for a developer is to build the same app for Android and iOS, starting from the scratch and reusing the codes across each operating system. Till now, our developers have been playing with Objective C/Swift in iOS and Java/Kotlin in Android. Native app creation simply involves writing apps for a specific operating system. Android and iOS have very distinguished codebases and startups and businesses organizations often struggle to hire and afford engineers for both. But React Native has come as a rescue!

What is React Native?
On the leading edge of this technology, Facebook’s React Native is a user interface (UI) design framework. With React Native, a single developer can write across different mobile operating systems. It uses the same sphere to render all of its views and it’s done on the main thread. It keeps the native feel intact so that it’s hard to tell whether the app is written in a native language or React Native.

Why React Native?
Here are a few ways in which this impressive JavaScript library is upping the ante for hybrid mobile apps:

1. It has got both iOS and Android covered
Initially, Facebook created React Native just to help iOS. Anyway, with its ongoing help of the Android working framework, the library would now be able to render versatile UIs for the two stages. Facebook utilized React Native to manufacture its own particular Ads Manager application, making both an iOS and an Android version. The two adaptations were worked by a similar group of designers.
Facebook additionally made React Native open-source, with the possibility that similarity with different stages like Windows or IOS could be taken a shot at by the advancement network, so stay tuned.

2. It has one of the best Mobile JavaScripts among engineers and as yet developing
If you are familiar with JavaScript, React Native will be a quick pick-up. It easily allows any front-end web developer to be a mobile developer on the spot. You won’t need to learn iOS’s Swift or Java for Android. Just knowing JavaScript, some native UI elements, platform APIs, and any other platform-specific design patterns will make you good to go. React Native’s library also includes Flexbox CSS styling, inline styling, debugging, and support deploying to either the App Store or Google Play.

3. Reusable components allow hybrid applications to render natively
WebView components of other hybrid mobile applications are a past now. This is conceivable because React Native’s building blocks are reusable native components that compile directly with native. Components that you would use in iOS or Android have counterparts right in React, so you’ll get a consistent look and feel.
This component-based structure also enables you to build apps with a more rapid, web-style approach to development than typical hybrid frameworks, but without any web at all. The app will have the speed, look, and functions of a native mobile application.

4. You can apply the React Native UI components to an existing application code without any need of rewriting
This is an enormous reward for businesses that need to expand a current application, however, would prefer not to upgrade it. Fuse React Native segments into your application’s code. Or, if your current hybrid application was worked with Cordova and Ionic, reuse that Cordova-based code effectively with a plugin.
React is still new, though, it is developing rapidly and Facebook has expressed its intentions to keep putting resources into its development.

5. React Native has a sole purpose – UI
React Native is solely devoted to building a mobile UI. Unlike JavaScript frameworks such as AngularJS or MeteorJS, React Native is UI-marvel and more like a JavaScript library than a framework. The resulting UI is exceptionally responsive and feels great on account of offbeat JavaScript communications with the local condition. This means the app will load way faster than a typical hybrid app, with a smoother feel.

8. It consumes less user memory while providing Third-Party Plugin Compatibility
Third-party plugin means you don’t have to rely on a WebView for certain functions. For an example, when you’re adding Google Maps functionality to your app, React Native allows you to link the plugin with a native module. So now you can link the map up with the device’s functions like zoom, rotate, and the compass, while consuming lesser memory and loading faster. If your app supports older operating systems, this feature can help you keep the app running smoothly.

9. A supportive community
As React Native is a growing framework, offers a great network of experienced developers. If you are new user, you can get fast answers to common problems and queries while also taking advantage of some of the new updates to React Native.
Despite having these huge benefits, React Native also carries some limitations:

► It is still missing some custom modules. It means that you might lose out on some of its time-saving perks by having to build and create your own.
► It’s easy to get swept up in React Native’s pre-packaged elements, which includes more sophisticated data handling.
► React Native applications are not equivalent to true native apps written entirely in Swift/Obj-C or Java.

On other note, it must be obvious to you that React Native is a splendidly planned structure giving new measurements to hybrid mobile application advancement. Gaining tremendous fame over a little interval of time denotes the initial period of its prosperity. Designers from all over the world are currently trying to contribute to the framework and its modules.