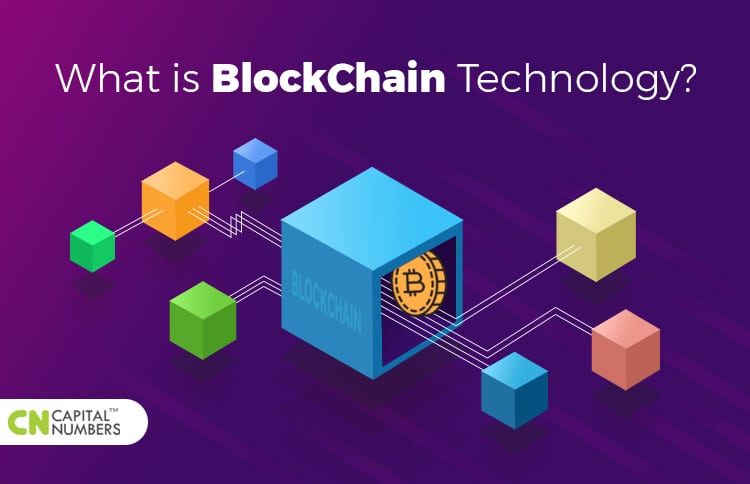 What is BlockChain Technology?

The Definitive Guide to BlockChain and Popular Cryptocurrencies

Bitcoin, blockchain, decentralized ledgers, ICOs and Ethereum. Unless you’ve been following them from the start, these technologies and their use can be difficult to grasp.

For example, you probably know that Ethereum and Bitcoin are cryptocurrencies, traded online. But there’s much more to them than that – they are in fact technological innovations, useful in matters of privacy and security.

The complexities themselve are enough to be confusing. But there’s also the fact that there is a lot of misinformation among cryptocurrency users and detractors alike. Lots of blog post and articles on the internet seem unclear, or don’t quite tell you what you want to know.

What’s a blockchain? What’s it’s relationship to Bitcoin? And what are these ICOs popping up all over the place?


Below is the complete, no-nonsense guide to blockchain technology, Bitcoin, Ethereum, and ICOs. Each of these subjects are complex enough to deserve their own presentations, but this guide will give you basic knowledge about each and how they all relate.

It’s tempting to think of bitcoin as a digital currency – as if a single bitcoin was the equivalent of a digital, golden coin that could be found somewhere on the internet. In fact, the reality is a lot more complicated.

Bitcoin is an electronic currency system which allows payments from one party to another involving a financial institution. You might think of it as just a currency, but it’s more than that. It’s a decentralized, public ledger which tracks a single asset: bitcoin.

(Bitcoin with a capital B refers to this ledger, while lowercase bitcoin refers to a unit of the currency).

Anyone can participate in this network. The technology eliminates the need to depend on a third party intermediary. So while no single entity “runs” it, everyone participating in the ledger agree to abide by the rules of the ledger.

This unique system also makes Bitcoin resistant to tampering or fraud. Not only will everyone know if a party attempted to change or copy or forge a transaction – to do so would be economically self-defeating. People invest in bitcoin because they view it as inherently secure. Only 21m bitcoins will ever be produced, so it’s inherently resistant to inflation, making it popular with those who view fiat currency as inherently unstable. If someone was to tamper with the system, it would no longer be secure and people would unload their bitcoin, making it much less valuable. So anyone attempting to get rich this way would quickly find the worth of their assets deflating.

So now we’ve looked at what Bitcoin IS. How about what it DOES?

John has a gold coin. He gives it to Jane. Now Jane has a gold coin, and John does not. Now, what if that transaction were digital? What if there was a way to send gold coins over the internet?

In this digital transaction, John would give Jane a gold coin. But remember, this is digital, so there would be nothing to prevent John from copying that coin before the transaction. In that case, John and Jane would both have gold coins. And what if John did the same with all of his friends – copying the single digital gold coin a dozen or more times? Without a trusted intermediary, there’s nothing to prevent this.

John gives the gold coin to a trusted intermediary to give to Jane. Now neither one can copy and devalue it. The intermediary will keep a ledger with a record of the transaction, so neither John nor Jane could lie about the coin.

The system sounds good on the surface, but more issues arise. How trustworthy is the intermediary really? How can we be certain that they aren’t open to corruption or bribes? They could, in fact, modify the ledger to show that John gave them, not Jane, the gold coin.

John and Jane distribute the ledger to all of their friends. Now transactions are almost impossible to falsify. Any sort of corruption done by one would be immediately obvious to all the others.

This is similar to what Bitcoin offers. Consider that this is similar to transactions and ownership of property in the real world, where everyone can physically see if you have the asset or not.

So Bitcoin is a decentralized, public ledger in which cryptocurrency transactions are recorded. This ledger is called a blockchain. Blockchain technology enables the Bitcoin ledger to record bitcoin transactions, even between untrusted parties, by providing a public, decentralized record of ownership.

Because the blockchain database structure doesn’t depend on one centralized party, it has several unique uses beyond recording cryptocurrency transactions.

For example, a blockchain can be used to prove ownership of physical assets without relying on a trusted intermediary. The same mechanics that make it effective for cryptocurrency make it effective for other property, such as land, pets, or hardware. A centralized database could be breached, tampered with, or neglected, but a decentralized ledger cannot – everyone would see immediately!

But the benefits extend well beyond protection for physical assets. It could also instrumental in protecting your identity. With the rise of hackers and other nefarious digital bad actors, it’s more important than ever to secure your identity. Now, imagine that your very identity could be publicly verified on a global level – uniquely resistant to tampering, not dependent on a third-party gatekeeper, and 100% under the ownership of the individual. Several companies are already working on projects in this area.

Some startups are taking it a step further – aiming to disrupt internet “gatekeepers” such as Google and Facebook and allowing users to maintain their own data and security. Whereas most of us have our data securely in the hands of these internet giants, blockchain technology could allow us to control of our own information.

For those of our readers who are interested in the intersection of far-reaching technologies, another interesting use of blockchain could be to secure plots of land in a massive virtual reality world. In fact, some startups are already working on it.

While distributed ledger technology is certainly exciting and promises to have powerful impact in the near future, it’s not a “magic pill” solution. It’s simply a technological tool – useful in some situations and a poor choice in others.

Perhaps the largest issue with blockchain technology is the problem of scaling. People hold bitcoins all over the world, and receive constant updates, but Bitcoin can only process between three and four transactions a second. To put that into perspective, Visa can process 1,500. So the technology still has a way to go before it compete in matters of scaling.

Bitcoin is the most popular cryptocurrency, but close on its heels is Ethereum.

Ethereum used Bitcoin’s system and then builds on it by offering an additional mechanism. It allows users to add a code called a “smart contract” to its blockchain. Taken to its farthest conclusion, this technology can create a decentralized, global computer.

The Ethereum blockchain tracks a cryptocurrency called “ether,” and users spend ether to run programs on the Ethereum global computer.

So let’s circle back: what exactly is the “smart contract?”

Let’s say John and Jane want to make a bet about who wins the next national soccer game. They bet a single bitcoin on the outcome. If they are strangers and don’t trust one another, they have to use a trusted intermediary. Each gives the intermediary a bitcoin to hold and give to the winner of the bet.

But the usual problems arise: what if they can’t trust the intermediary?

But, in keeping with the capabilities of blockchain technology, Ethereum offers a decentralized solution.

Ethereum is far from the only crypto alternative to Bitcoin. Many other cryptocurrency “coins,” or tokens, have arisen, many of which offer unique access to the underlying technology. We’ll examine them next.

Bitcoin and Ethereum are both tokens providing a utility. These are the biggest ones. However, more applications have popped up. An initial coin offering (ICO) is a way for these applications to make money. These tokens could offer any number of utilities, but are often issued as a way to gain access to the decentralized platform. If there is a lot of demand for the platform, then the value of the token could rise, making it a good investment.

So, ICO stands for “Initial Coin Offering.” It’s a way for a blockchain company to raise funds by selling tokens, which can then be traded on a cryptocurrency exchange.

As is consistent with the use of blockchain technology, ICOs can represent a way around investment “gatekeeping” by raising money from popular demand. However, they are subject to regulation by the SEC and could be deemed “securities,” making the teams behind ICOs guilty of securities fraud.

The teams holding ICOs insist that these tokens consist of an entirely different and unique asset class. It’s a debate that has yet to be decided.

Blockchain technology offers compelling, decentralized solutions to problems regarding privacy and security. Blockchain and Ethereum have used this technology to offer digital tokens allowing users to engage in transactions and keep track of their assets without having to use a single trusted third party. But Bitcoin and Ethereum are far from the only cryptocurrencies – many companies offer ICOs, or Initial Coin Offerings, as a way to raise money for their projects. The key to this technology is that it is public, and open-source, meaning that it’s inherently secure and free from fraud.