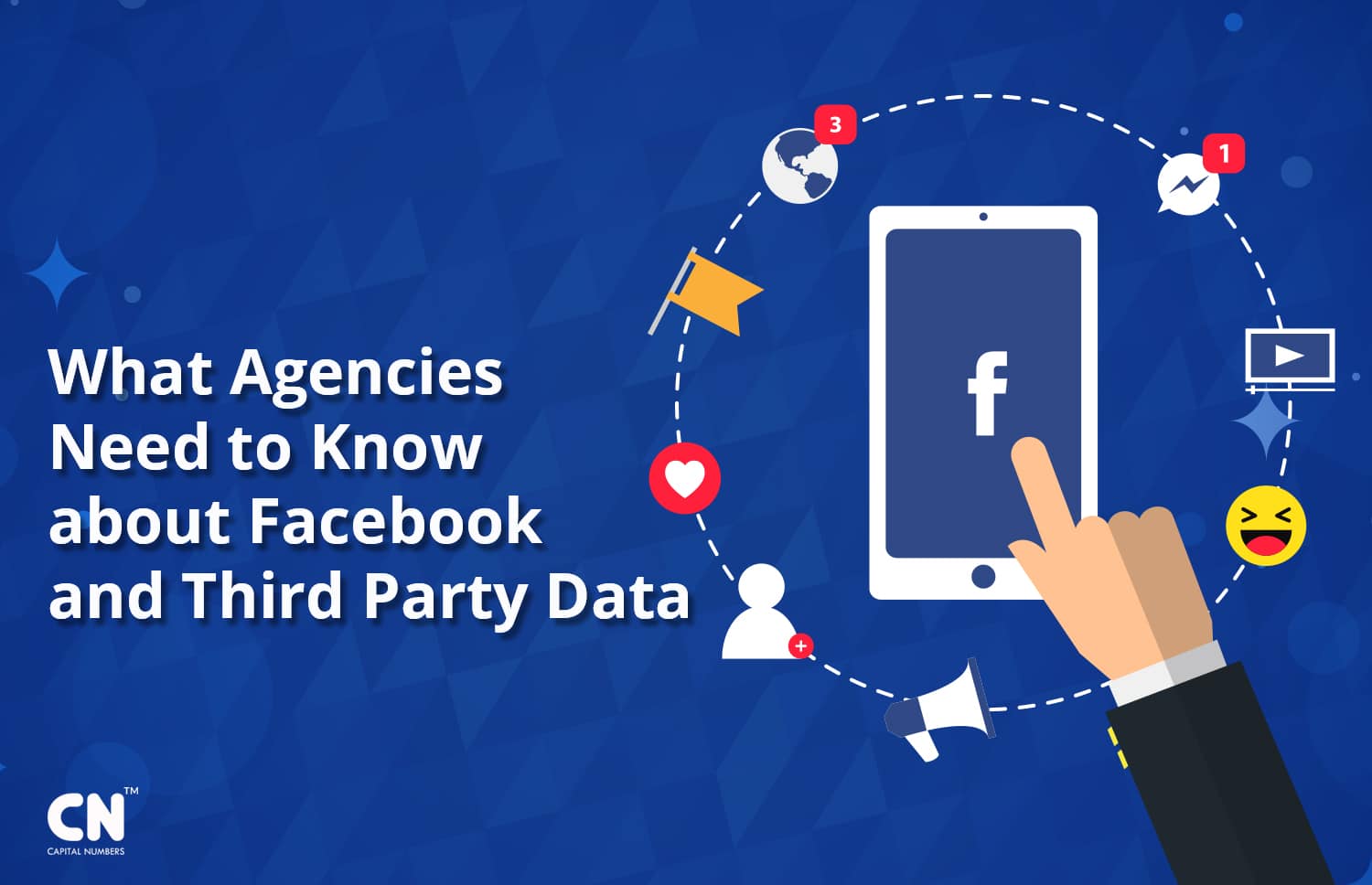 What Agencies Need To Know About Facebook and Third Party Data

In recent news, Facebook has come to a decision to eliminate ad targeting which derives data from third-party users. The implementation of such rigid rules comes as a result of the data used by third-party apps issued by Cambridge Analytica. It served as a boon for apps that did not have the designated first party information to go forward with their app usage. Third party information comprised of in-app purchases and other offline behaviors. Facebook is expected to put an end to its Partner Categories program. This decision comes weeks before the General Data Protection Regulation (GDPR) is put into effect. This would also mark a new beginning, pressurizing companies and organizations like Facebook to find other ways to share and procure data from their users.


Fortunately for users like you who depended on Facebook’s very ad targeting, this rule is expected to be implemented by June 30th, 2018. Users are now expected to revisit their strategies within the next six months and ideate new ways to procure third-party data if the ad targeting would necessarily focus on the same. They would still have the option to utilize other means and also keep a track of whether purchases and deals are being made thanks to Facebook’s ad targeting method. Facebook’s move to bring conservatism to its data acts as a plus to its competitors like Twitter, Pinterest, and Snapchat that also utilize a similar pattern. However, since most of the population is heavily inclined towards Facebook, businesses would take a good amount of time to start afresh, especially if their revenue was generated by the ad targeting feature. Nonetheless, this major step taken by Facebook would ensure the safety of data and users can maintain their privacy online, without the interference of third-party applications. The company has also offered its users to see how their data is being utilized, which also serves as the first step in embracing this new change.

If you are worried about your business in the days to come, you can be assured that there is nothing to worry about. Since Facebook has issued a good amount of time, future campaigns about the beneficiary companies can be revised. Partner Categories would be made available until September 30th, 2018 and would serve as an excellent opportunity to analyze target audiences, products, and results for your business. This new rule should also allow you to check and analyze how you share your information across different social platforms and make the right choice when it comes to your business. Find out which other platforms allow you to target ads and reach a wider circle and bring your product to the market in different ways.

As a user and a subsequent consumer, you should also revise rules and regulations that you would like to follow after the research. Whether or not Facebook provides you the autonomy to reach people and procure information, make a set of guidelines and strictly follow them which would further enhance your business. Take your product across various channels accordingly and stick to your rules when it comes to online sharing of data. The digital world is full of opportunities and hence, it has the potential of serving as a dark place for many. To grow your business, you should beware of the pitfalls and also ensure that consumers utilizing your products do not get fooled by any platform’s privacy settlements.

A huge step for Facebook, the absence of ad targeting would require the brains to come up with something better. However, it is also important to note how Facebook targets its audiences granularly, and can also obtain a massive scale. Only time will tell how Facebook utilizes this new rule to its advantage.