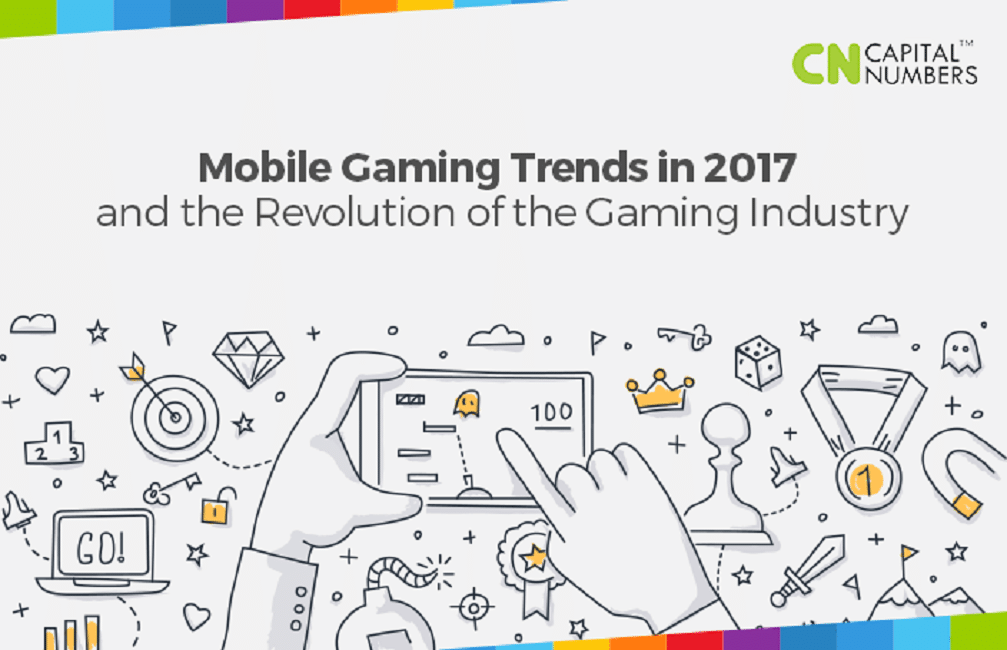 Mobile Gaming Trends of 2017: The Revolution of the Gaming Industry

Over the last few years, there has been a steady rise in the number of smartphones. Consequently, mobile technology has taken the world by storm, leading to the surge of mobile apps. With the emergence of cutting-edge techniques and improved technologies, mobile technology is influencing millions of lives across multitudes of industries, ranging from gaming and marketing, to the education and medical fields. Notably, mobile technology has an enormous impact on the gaming industry. With the utilization of the latest technologies, app developers are offering amazing gaming solutions in order to thrive in today’s highly competitive market. It is revolutionizing the gaming industry.

The prime trends in 2017 are likely to stir up the top earning apps, even transpose the denizens, to make way for new giants in the field of mobile gaming.

There has been a turn toward deeper social involvement within  mobile gaming apps, particularly over the last few years. Games are becoming exceedingly social these days. Inevitably, the next generation gaming enthusiasts – the Whatsapp generation! – will anticipate such manifestations. The asynchronous gaming apps are no longer in vogue. The giant grossing apps demand immersive players and an extended social engagement.

Nevertheless, there will be enough scope for fast, spontaneous, offline, and asynchronous apps. Several of these apps are likely to do well in the market. They provide a secure, non-competitive experience.

Nowadays, several mobile game development companies, small and large, are considering cloud-based mobile gaming apps. The cloud-based  gaming apps involve separate game engines which rely heavily on the cloud for integration of social media. One of the most important objectives of mobile app developers while designing gaming apps is to focus discernibly on designs, letting the cloud deal with other essential things.

If you are already talking about contemporary approaches in mobile gaming trends 2017, Augmented Reality (AR) and Virtual Reality (VR) apps aren’t a foreign topic to you. AR and VR technology are the giant leap forward in the gaming industry that everyone is a buzz about. Virtual reality and augmented reality are here to stay. They are likely to incarnate into interactive games. Many advanced technologies, like geo-location technology, will continue to gain momentum in the gaming space. Evidently, this has both risks and benefits. One of the benefits for those games that incorporate real locations into the mobile game experience, is that there is a lot of scope for branding partnerships. A game developer can intelligently use this technique to make the game more interactive.

In order to develop a market, certain game developers are turning towards micro-segmentation and expanding the performance of their gaming apps. Conveniently enough, analytics offer tailored solutions based on gamers’ in-game behavioral patterns. Use of analytics in designing interactive games can lead to an amazing, customized experience for the players.

The success of games like Vainglory and Clash Royale have signalled the growth of a new generation of e-sports games designed for gaming enthusiasts on mobile. These e-sports games will look utterly different from those in the PC. Especially important at this stage, game developers need to design the e-sports apps to avoid incompetent translations from their original counterparts.

Micro games are a common feature in the gaming space these days. They are mini games that pop up within their larger counterparts. You do not need to install these miniature games separately. They are easily accessible and frequently promoting competition amongst the gamers. These games are an innovative addition to the gaming technology that has the potential to further engage players.

As we head into the future, the quality of mobile games is going to continue to soar significantly higher. For a number of reasons mobile gaming will provide unique challenges for game developers in 2017. Broadly speaking, mobile gaming technologies that strive to experiment and change the way mobile gaming is used and perceived will require legal discussions about critical issues, like advertising and privacy. The year 2016 has been a very significant year for the gaming industry and gaming technology – however, the trends in 2017 anticipate revolutionizing mobile gaming entirely.