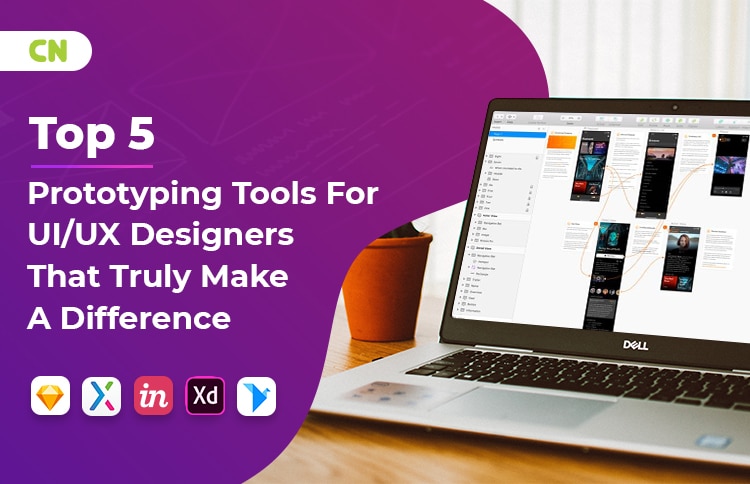 While developing mobile and web applications, designers release a preliminary version or a sample of the application to test the concept. This early version or model is called a prototype. Designers won’t be able to create any app without creating a prototype of it. UI and UX designers require a prototype to test what looks best or fits the purpose the most. Designers create prototypes to get rid of future errors.

Prototypes can help designers understand the usability and the critical components of the app. They are crucial in giving designers a more in-depth insight into the app flow and functionality.

A famous quote from IDEO states, “If a picture is worth a thousand words, a prototype is worth 1000 meetings”.

In fact, Julian Caraulani, a Senior UX Designer at Samsung, said, “A process that is not critically dependent on prototyping is not a UX process.”

Focusing on user experience, Dr. Ralf Speth, CEO of Jaguar Land Rover, once stated, “If you think good design is expensive, you should look at the cost of bad design.”

Dan Ritzenthaler, the Senior Product Designer at HubSpot, mentioned, “I get very uncomfortable when someone makes a design decision without customer contact.”

From the above quotes, it is clear that good design is what acts as a head-turner and truly connects a brand with its customers.

Given below are the top 5 prototyping tools which are extensively used by UI and UX designers world over.

Five of the Best Prototyping Tools

The decision of choosing a prototyping tool depends on which one works best for a particular business project and audience group. We all have progressed from an age in which design mockups were created on pieces of paper and this huge leap has made it possible for us to do so much more with design and development. Today, prototyping tools come with a huge array of benefits and they help the design industry to innovate and scale in more ways than one.