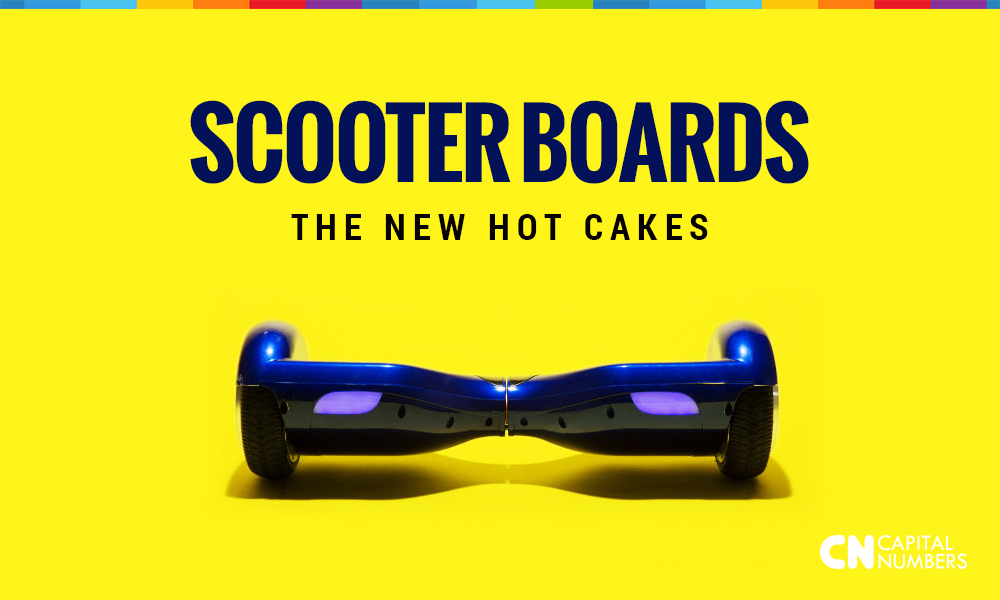 This festive season, scooter boards are the new hot cakes

Electric hands-free scooters popularly known as hover-boards have captured the imagination of kids and adults (remember the Filipino priest?) alike. Although initially dismissed as a fad, hover-boards have literally flown off the shelves for most part of this year. So what is it about this toy that is making everyone hover over it?

It’s simple. The more unimaginable a technology the more it’s craze. Till a few years back, hover-boards were frequently used elements in popular science fictions and by ‘few’ years, we literally mean few. Now technology has got us pretty close to them and of course we can’t get enough.

Gadgets have always had their set of niche takers, but how have these hands free scooters inspired such levels of aspiration quotient? It’s quite predictable really. The world saw celebrities having fun with them on social media. Young heartthrobs like Justin Bieber and Kendal Jenner posted scooter board videos and broke the internet. Now, the best part, nobody seemed to have given two hoots to the fact that both fell off their boards by the end of the videos.

Now, pardon us for getting you all hot and bothered over hover-boards; because we have to break it to you that you might be a bit late if you have really set sights on them this New Year. Most retailers are reportedly out of stock and a lot of them aren’t re-stocking due to liability issues.

Also even if the toy can’t get any cooler, there have been frequent reports of them exploding or catching fire; and at this point of time there are countries/states that have banned these from public spaces (and even airlines too). But when has something like that stopped the geek in you from exploring a new gadget?

Nevertheless, they say in a few years hover-boards would be everywhere and like every other gadget will only get better with time. Add this to your Holiday buy-List and feel a lot cheery this New Year (read: future) already.