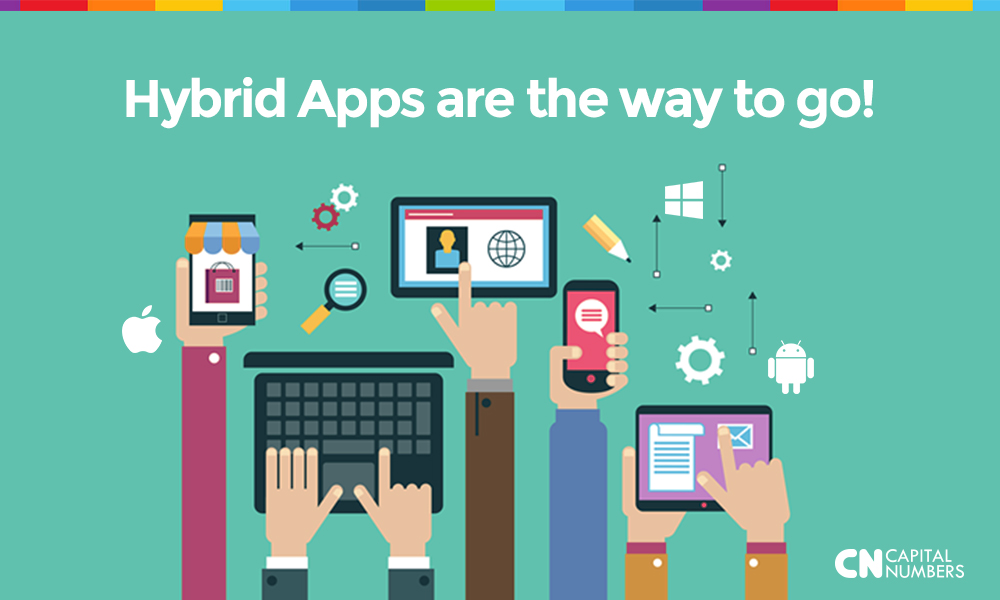 Apps Hybrid Apps are the way to go!

If you are an owner of a small enterprise, chances are that all you’ve heard the last couple of years is the need for an online presence; how your world will crumble if you do not get your business app developed, or how you are missing out on so much since you are not big on social media. As exaggerated as the claims sound, the urgency they convey is true as the day.

Online is how the world exists now, and mobile is how it works. Now, maybe you are late to the party, but as the saying goes you are never too late. The transformation of businesses on the wheels of technological is a paradigm one, and is dynamic to say the least. There’s always something more that you can add, and there is always something new that you can do. We will concentrate more on app development in this piece, and if you are about to get an app developed for your business, you need to consider this.


With the several technologies for app development available, it might be hard for you to narrow down one to build your mobile application. But let’s set the cards on your table, before you pick one.

In general, we can classify apps as Native, Web and Hybrid. Native Apps are the ones developed with one platform in mind. They are coded using language specific to platforms and take full advantage of all the features of the platform. Web Apps are built using traditional web technologies like HTML, CSS and Javascript, and are generally an extension of a company’s existing website. They usually don’t have the feel and the extended functionality of a native app.

The Hybrid Apps, as the name suggests, combine the best of both worlds, mixing the performance and device capabilities of native development with the flexibility of the web. They are viable across all platforms; consequently we do not have to develop each component for every different platform. Thus they are easier to build and quicker to maintain.

“With enterprises under extreme pressure from management and employees to develop and deploy mobile applications to accommodate mobile work styles and increase customer engagement, Gartner, Inc. predicts that more than 50 percent of mobile apps deployed by 2016 will be hybrid.” (Gartner’s 2013 Mobile and Wireless Predictions)

The Hybrid vs Native debate has apparently been raging for quite some time now. But 2016 is the year where we can perhaps safely take a call. Both Android and iOS have improved their support for hybrid apps, to make their performance faster and better. And as enterprises are racing to mark their presence on as many platforms and devices as possible, going hybrid will probably deploy the least number of resources to achieve the same.