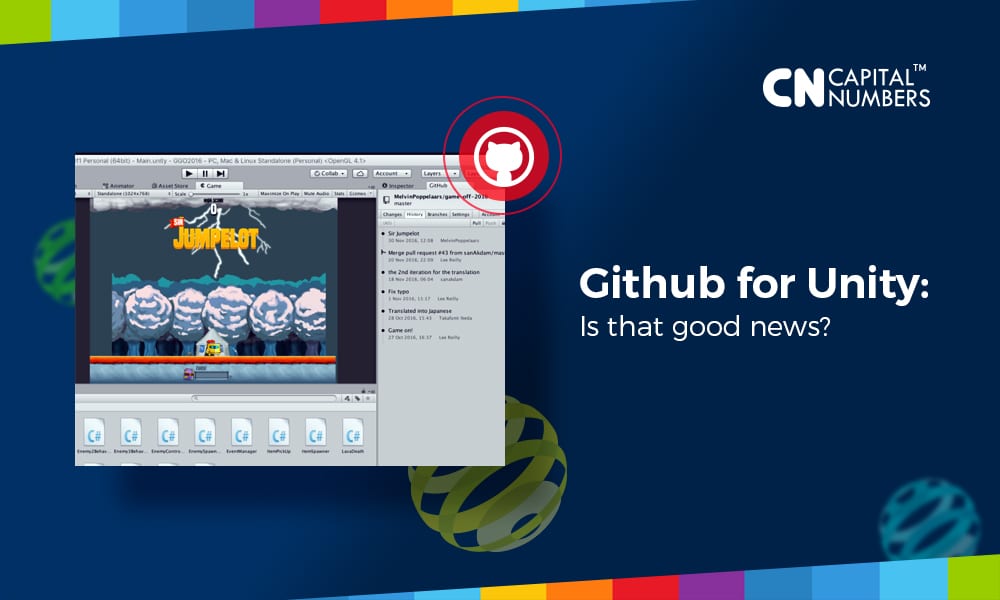 Github for Unity: Is That Good News?

Github with Unity is something many game developers and their teams will welcome. Github is the perfect haven for the world’s largest community of game developers and the product of their imaginations. Github is a cooperative tool where people come together and produce works of art by solving problems or experimenting together if they choose.  What could be better than collaboration when it comes to coding? Github allows developers to collaborate. Now, this feature will help you while you develop your game on Unity with the Github for Unity extension.


Unity 5.5 always finds room to become better with each new version, and they persistently work to bring out its best features. In version 5.5, a new set of features, like Unity Collaborate will prove helpful for developers. The support for file locking and Git LFS has been provided under Github for Unity, will help to bring workflow and other advantages of Github to Unity.

Git is a SaaS based system for software coding files version or source control, which helps in tracking the change in code files. It also helps to coordinate the work of multiple people on these code files. Git is very helpful for development as it helps to keep track of all the changes made to a given file. Developers can keep track of any change that is made to a file. The focus is aimed at attaining the integrity of data and speed along with supporting nonlinear and distributed workflows. Thus, Git is important to game developers in many ways.

Github is a web-based source control (Git) repository. It also offers internet hosting services. Github is important to developers because it provides all the source code management (SCM) and distributed version control functionality of a version control (Git), along with some additional features. A wide range of collaboration and access control features which includes issue tracking, task management, feature request and bug tracking, are all available for every project. Github is basically used for code. Although Github focuses on problem-solving and work improvement it provides functions that are similar to a social networking site. These features include followers, feeds, etc. The social network graph displays developers’ work and an intuitive way of working in their file versions. Users first create an account, if they wish to contribute something. In a case of public repositories, an account is not necessary. It can be downloaded and browsed by anybody, but there are advantages of becoming a registered user.  This gives you access to discussions, creation, and management of repositories, reviewing changes in the code and most importantly the ability to contribute to different projects.

What Github for Unity Means?

Millions of developers around the world are able to write code and collaborate with other developers in code. While many might feel it’s not a good choice for the development team members processes to involve games, it is not so. It is the Git integration process that discourages game developers due to the fact that many get stuck on the steep learning curve.

Github for Unity extension provides a platform to game engineers, both the programmers and the digital artists. It allows unity developers to integrate Gits in a better way. The workflow will improve with Github, even in situations where large binary assets versioning is being done. With Github for Unity extension, Gits and Github can be directly integrated into Unity Editor directly. This extension will also include Git LFS version 2.0 which supports storage of large binary assets and locking of the file. This is very helpful when you want to communicate with your team in case of difficult file merging tasks.  The file locking feature of Git LFS 2.0.0 will allow the developer to lock the currently active tasks. This helps you to prevent others from gaining access to your files unless you unlock them. Therefore, the merge conflicts can be avoided. The work is not lost on the files that are hard to merge at the file system level. Although it might contradict the distributive and parallel nature of version controls, this is very beneficial for larger teams.

When the world’s ultimate game development platform comes together with a vibrant and unique community for developers like Github, one can expect things to get better. This is the first step of the Unity and Github unification which can be explored more in the future. It will be very beneficial for Unity developers as things are looking brighter.