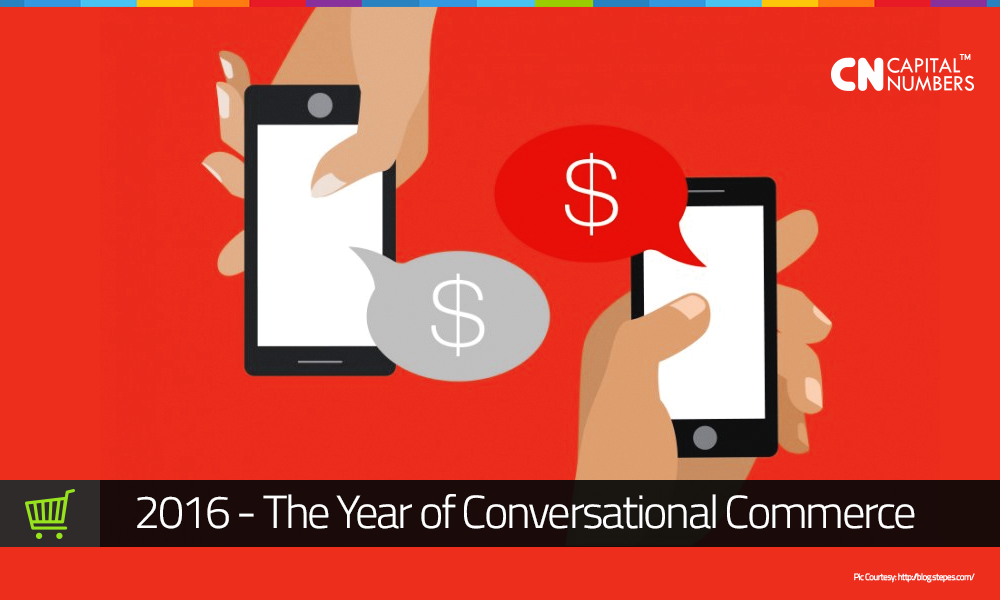 Conversational Commerce, if you haven’t seen the two words together on your twitter feed or read it in an expert piece yet, chances are your data pack has expired.

Jokes apart, conversational commerce is the buzz word and surely has everyone talking (pun intended). In an elaborate and persuasive piece published in Medium, Chris Messina (inventor of the hashtag) dubbed 2016 as the year of e-commerce.


For better understanding, let us quote him verbatim, to explain what conversational commerce really is.

“Conversational commerce is about delivering convenience, personalization, and decision support while people are on the go, with only partial attention to spare… It pertains to utilizing chat, messaging, or other natural language interfaces (i.e. voice) to interact with people, brands, or services”

After scheming through the piece and several other experts talking about the same, we have been able to narrow down some trends that do indeed point out that conversational commerce is indeed around the corner.

Where does is your consumer spending most of their time?

Apparently it’s not on Facebook, Twitter or Instagram. Your consumer is spending more time on messaging apps. Messaging apps have long surpassed social networks, data from the Business Insider suggests.

The largest of messaging apps have millions of Monthly Active Users. They are only going to grow with cheaper devices, better and cheaper mobile connections and improved features.

Gaps in the customer journey

There is significant lag in growth of mobile commerce in USA and European Countries. According to comScore, the global number of Internet users on mobile devices bypassed desktop users last year. Yet, Statista reports that smartphones account for only 14.4 per cent of eCommerce in the US and 7.5 per cent in Europe. It is quite obvious why, really. Phones aren’t great for sifting through large numbers of images or detailed product descriptions but they are good at getting people talking…or texting. Conversational Commerce will be exactly looking at this need gap.

Small but Significant Acquisitions in the Tech World

“We’re happy to announce that WhatsApp will no longer charge subscription fees. For many years, we’ve asked some people to pay a fee for using WhatsApp after their first year. As we’ve grown, we’ve found that this approach hasn’t worked well. Many WhatsApp users don’t have a debit or credit card number and they worried they’d lose access to their friends and family after their first year. So over the next several weeks, we’ll remove fees from the different versions of our app and WhatsApp will no longer charge you for our service.

Naturally, people might wonder how we plan to keep WhatsApp running without subscription fees and if today’s announcement means we’re introducing third-party ads. The answer is no. Starting this year, we will test tools that allow you to use WhatsApp to communicate with businesses and organizations that you want to hear from. That could mean communicating with your bank about whether a recent transaction was fraudulent, or with an airline about a delayed flight. We all get these messages elsewhere today – through text messages and phone calls – so we want to test new tools to make this easier to do on WhatsApp, while still giving you an experience without third-party ads and spam.”

Conversational Commerce is not some farfetched concept, it’s happening now. Stay abreast with the times. We at Capital Numbers, take you through a maze of solutions and options available when you are building out an online store. Visit https://www.capitalnumbers.com/e-commerce.php to know more.