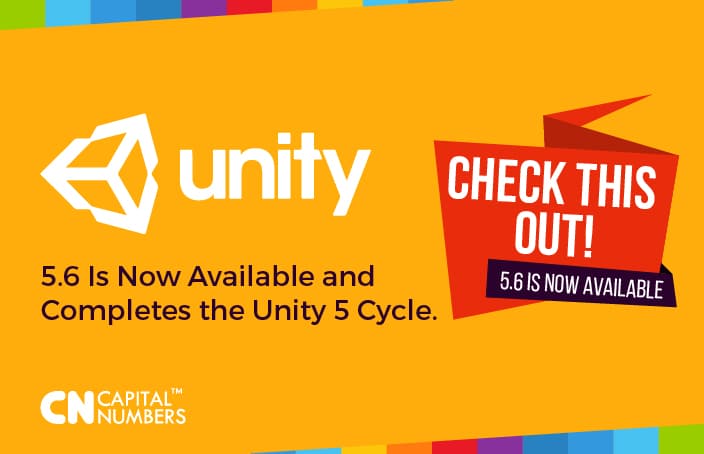 Check Out: 5.6 Is Now Available and Completes the Unity 5 Cycle

Developed in June 2005, Unity is a cross-platform engine for gaming developed by Unity Technologies. It’s used to develop video games for PCs, mobile devices, consoles, and websites. Now extended to twenty-seven platforms, Unity is and has always been, known for its ability to develop games on multiple platforms. It’s one of the most successful gaming engines in the history of game development. More recent versions of Unity came with improvements in game graphics and lighting, as well as a highly optimized rendering pipeline for both VR and AR devices. The unity team is known for delivering an outstanding and stable product on release, removing all bugs and introducing new features like the new unified OpenGL rendering background.


On March 31st, 2017, Unity 5.6 was released and, as the Unity team has announced, this will be the final installment in the Unity 5 cycle. It includes Lightmapper preview, Vulkan support, a new video player, new light modes, and much more. This is a massive improvement compared to the version that was released two years ago. Here is what  Unity 5.6 brings to the table in terms of mobile game development.

The highlights of this release at a glance:

With Unity 5.6, everything seems to get easier. It’s a fully integrated development engine which can provide rich, out of the box functionality that allows the user to create amazing games and other 2D/3D content. Unity’s rapid and productive workflows help the developer drastically reduce time, effort and cost of making interactive content. Particularly, Unity 5.6 adds many exceptional improvements in graphics as well as the new impressive improvements for shading that include reflection probes and physical shading. All these features are securing Unity 5.6 as the future of game development.