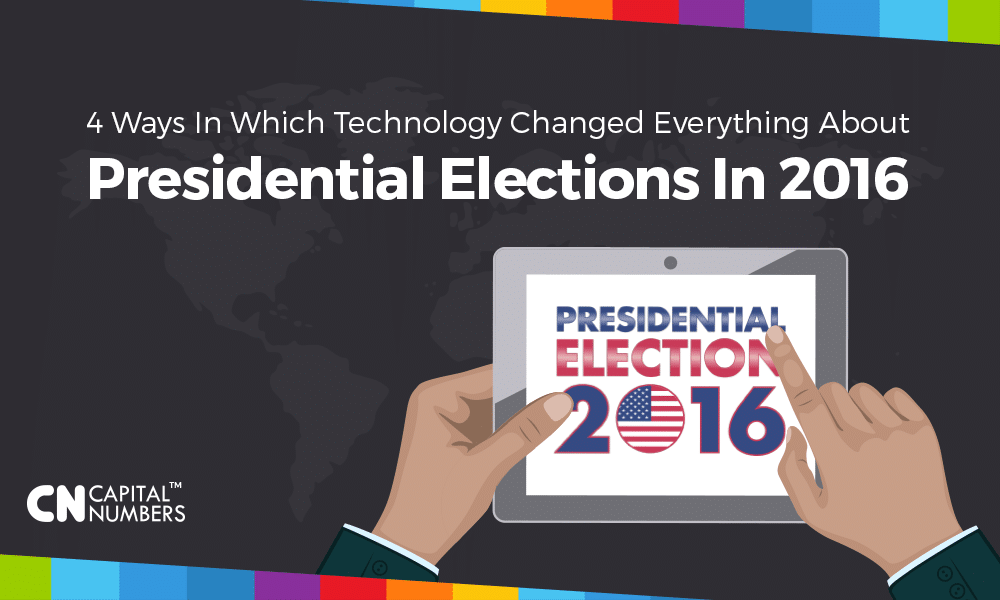 “Did the internet elect the president?”

As absurd as this may sound – this is no doubt an actual headline of an article by CNN – and to be clear they are not at all far off from the truth.

Even if we are to strip the phenomena of its political – social ramifications (which is sort of impossible, but we shall try to give it an objective view), this statement still manages to tickle our intrigue beyond measure.


It’s because you can’t help but notice the striking parallels between presidential campaigning and brand marketing – as in essence, both processes are about enabling and ensuring that your audience gets your message loud and clear – which propels them to take the kind of action that you’d like them to.

“There’s really not that much of a difference between politics and regular marketing,” an unnamed senior official of the Trump Campaign told Bloomberg’s Joshua Green and Sasha Issenberg.

US Elections have always been on the radar of marketers per say; from the first televised ad campaign back in 1952 to Barack Obama’s unprecedented use of social media in 2008, US Presidential races have always seen candidates leverage the latest technology to reach more and more prospective voters.

4 years is a lot of time when you consider technological advancements – so no one would be surprised if we are to talk about the deeper penetration of technology and more dependence on technology now more than ever – but the trends and effects we noticed in 2016 were a lot more than just that.

As mentioned earlier, the tools that were being used rampantly are hardly surprising, but the art of their deployment, the levels of execution and the unprecedented effects left the world stunned.

Let’s talk about 3 ways in which technology helped change the presidential race in irrevocable ways:

If you are a Donald Trump supporter, you strongly believed your candidate was going to win.

If you are a Hillary Clinton supporter, you strongly believed that your candidate was going to win.

If you are a Bernie Sanders supporter, you strongly believed that your candidate was wronged in the Democratic primaries and had a real shot at winning if given a chance.

If you are a third party voter, you strongly believed that you are on the right side of history by not compromising on your ethics and had valid reasons to vote for candidates who couldn’t in any way win.

The thing is, all the above situations, though not mutually exclusive were still processed as mutually exclusive facts. How did that happen? Well, the answer’s simple. Social Media and Search algorithms that are designed to show you ‘optimized results’ / ‘best results’ / ‘results that you formed virtual echo chambers around people. They constantly got their beliefs and prejudices validated and they constantly met people who were thinking the same and saying the same. So people were literally living in their own worlds, and they didn’t even know.

Extensive write-ups, discussions, debates – on policies, issues, past stances of all candidates were readily available. In fact, when up against a candidate who can easily evade truth – Hillary Clinton turned her own website into a fact checker during the presidential debates – that fact checked what both Donald Trump and Hillary Clinton said real time. So, arguably this has been the most transparent election ever.

But, not everything written on the internet is “true” – and not everyone knows that. The technology the great democratizer let everyone publish anything they wanted to – and that was a boon and a bane. While even ordinary people could genuinely publish what they see and feel along the course of the election – several fake news sites worked in tandem to populate the web with fabricated stories that hurt the candidates. These stories conveniently found their way into the feeds of 62% of US populace who depend on social media to find their news.

So people had the facts, and they had fake news. What tilted their vote completely came down to the particular individual.

This election saw a deluge of data – data were used for everything. Right from deciding on communication tones, to the way in which the candidates dressed and how they super targeted ads.

There was so much precise data that painted such comprehensive pictures that most candidates could easily sort out sets and carve their communication around them. Each candidate thus had a clear view and a clear path of how they could win all of the diverse groups in a country like America.

There was so many data and yet not enough. Because polls collapsed right and center when it came to their predicting the tide of the election, they were not even close. How did they fail so miserably? The reason maybe the wrong choice of samples and subjects, dishonest participation, wrong analysis and a combination of all – pollsters are still trying to wrap their heads around, though – as to how they could be completely wrong.

This was a macro view of how technology shaped the perception and conversation in the Presidential Elections 2016. But we would do this topic no justice if we don’t delve in detail.

So we would be talking about this in a series of blogs where we explore Impact of Social Media, Big Data and Advertising Tech on the election – where we are planning to wrap our talking points under the following heads: Amount spent, innovative strategies used, historical contexts and future trends.